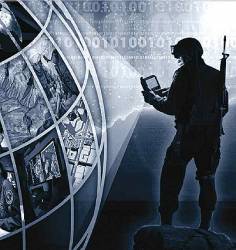 Members of the Advanced Control Segment (OCX) team led by Raytheon Corporation are working through a series of issues that has delayed approval of a recent preliminary design review (PDR) on the key GPS modernization program.

Members of the Advanced Control Segment (OCX) team led by Raytheon Corporation are working through a series of issues that has delayed approval of a recent preliminary design review (PDR) on the key GPS modernization program.

A spokesperson for the U.S. Air Force Space and Missile Systems Center (SMC) at Los Angeles Air Force Base, California, told Inside GNSS today (August 12, 2011)the review conducted by the GPS Directorate June 21–24 turned up 106 PDR Issue Notices (PINs). “We are well on track to resolve [the PINs] at a pre-planned review on August 31,” the spokesperson said.

Completion of the PDR milestone will confirm that the design meets military and civil requirements and advance the OCX program into the critical design review (CDR) phase. Raytheon was awarded a 73-month, $886 million contract for OCX Blocks 1 and 2 in February 2010. With options, the value of the contract could reach $1.5 billion.

Lt. Gen. Ellen M. Pawlikowski, SMC commander and the Air Force Program Executive Officer for Space (PEO/SP), chartered an Independent OCX PDR Review Team to review plans for resolving the PINs. In completing its work on July 27, the review team confirmed the plan “and more importantly, stated that the design and architecture [of] the OCX system is sound,” according to the SMC spokesperson.

The directorate is also putting in place mitigation plans for the top identified program risks, which will be taken up by an OCX independent program assessment that has been delayed until early September.

The OCX program is closely aligned with the schedule for the next-generation GPS III space vehicles (SVs) being built by Lockheed Martin, which need the new command and control capabilities that OCX will implement to coordinate various generations of satellites in the GPS constellation. Among other modernized features, the OCX will also enable use of the new L1 civil signal and accommodate more than the 31-SV limit of the current operational control segment.

Currently, the first GPS IIIA satellite is scheduled to launch during May 2014, and the OCX Block 1.0 Ready To Operate (RTO) date is August 2015. To ensure that the programs stay aligned and that the ground control segment will be ready for the first GPS III SV, the directorate added a Launch and Checkout System (LCS) component to the OCX effort.

In a May 6, 2011, interview with Inside GNSS Col. Bernie Gruber, GPS Directorate commander, said, “The LCS system will do exactly as the name implies: it will be able to command and control the first GPS III satellite, and it will be able to do all the characterization, analysis, anomaly resolution that we need to prior to turning the vehicle over to the 50th Space Wing for operations.”

According to the SMC spokesperson discussing the status of the OCX PDR, “The program continues to move forward and is carrying 102 days of schedule margin (to critical path).”

Both modernization efforts are taking place in an era of shrinking Department of Defense (DoD) resources mandated by the nation’s deficit-reduction efforts. Currently, the department is looking for $400 billion of spending cuts over the next 12 years. However, the Budget Control Act of 2011, signed into law on August 2 to avert a U.S. default on its debts, mandates additional, as yet unspecified reductions in civil and defense budgets.

The SMC spokesperson alluded to that situation, noting, “Our current estimate for the OCX program is still well within the approved budget baseline for the program.  Nevertheless, given the fiscal imperatives within the DoD, we have identified and continue to identify multiple affordability initiatives that are under evaluation”

In another GNSS-related development, Raytheon has been awarded a $32.2 million U.S. Navy contract to provide a GPS-based positioning, navigation and timing  service (GPPNTS) program for Navy surface and subsurface platforms.

Designed to replace the current Navigation Sensor System Interface, GPPNTS supports mission-critical real-time (PNT data services, including weapons, combat systems, and other command, control, communications and intelligence systems that require PNT information. According to the company, Raytheon is providing an open architecture solution that allows hosting of data in a common computing environment and true "system of systems" architecture, enhancing the ship’s operability with onboard systems.

Under the GPNTS contract, Raytheon IDS will be responsible for the design, development, testing and delivery of GPNTS. The company has partnered with Argon ST on the project.