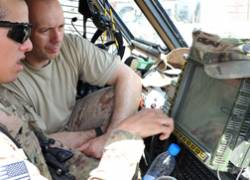 [Update November 9 2011] In an ex parte filing with the Federal Communications Commission (FCC) on November 8, a leading GPS advocacy group has asked that the agency “promptly rule” that LightSquared not be permitted to pursue high-powered terrestrial operations in the upper Mobile Satellite Services (MSS) band adjacent to the GPS L1 band.

[Update November 9 2011] In an ex parte filing with the Federal Communications Commission (FCC) on November 8, a leading GPS advocacy group has asked that the agency “promptly rule” that LightSquared not be permitted to pursue high-powered terrestrial operations in the upper Mobile Satellite Services (MSS) band adjacent to the GPS L1 band.

The group – Coalition to Save Our GPSS – emphasized the precedence of the new modernized U.S. military code, which places most of its power near the allocated bands. “The fact that the new military code was a matter of public record in 2000, well before LightSquared’s predecessors first proposed limited terrestrial use, makes clear that the FCC could not have contemplated use of the upper MSS band for high powered terrestrial use at any time thereafter, LightSquared’s many attempts at revisionist history notwithstanding.”

LightSquared, which wants to offer wholesale wireless broadband services, originally proposed to transmit in a 10-megahertz band in the upper portion of the MSS spectrum (1526–1559MHz) as well as a lower 10-megahertz band.

After extensive testing earlier this year showed extensive interference to most types of GPS receivers from the “10-megahertz high” transmissions, LightSquared proposed to begin operations in the lower 10-megahertz band at a lower power level. But the company wants to reserve the right to begin transmissions in the upper band within a few years.

The initial FCC-ordered tests indicated that LightSquared’s interference in the 10-megahertz low would mostly affect high-precision, wideband receivers — including modernized military equipment. The agency then said that additional tests would be required to address that issue.

In its FCC filing, however, the coalition argued that retaining the 10-megahertz high option would complicate the ability of receiver manufacturers, GPS service providers, and key user communities to design equipment that would allow use of the lower 10-megahertz band.

Javad Ashjaee, CEO of JAVAD GNSS, who was backed by his LightSquared allies, presented test reults to the National Space-Based Positioning, Navigation and Timing (PNT) Advisory Board during its November 9 meeting and demonstrated his proposed filter solution to the 10-megahertz low interference anticipated from LightSquared.

Howeve, no one has yet come forth with a proposed solution to the 10-megahertz high interference.

“In the absence of a decision from the Commission relative to the upper MSS band, the GPS industry, as well as critical government and private users of GPS products and applications, are in an untenable position,” the coalition argued in its filing. “The coalition noted that a large number of expensive, high-precision [pieces of] equipment are used in critical economic sectors such as agriculture, aviation, and construction, as well as government applications for national defense, disaster response, and public safety.

The coalition filing pointed out that many of the affected receivers, such as those used in aviation and defense, “are subject to lengthy and expensive certification and testing processes” that can take up to a decade to complete. Many such receivers then remain in service for a long time — sometimes 10 years or more.

“Without FCC action stating that LightSquared may not use its upper 10 MHz of MSS spectrum in its densely deployed terrestrial network, affected users may be required to go through a time consuming and highly disruptive transition process to accommodate LightSquared’s lower band operations — only to face demands from LightSquared that they expend significant resources on another round of upper band testing a few years from now,” the coalition argued.

Playing the M-Code Card
In the debate over historical precedence regarding the MSS spectrum, the coalition filing also argues that the design of the decades-old modernized military signal (M-code) should prevent use of the upper 10-megahertz band by LightSquared. The M-code modulation places most of its power near the edges of the allocated bands, including L1, thereby placing one lobe of the signal almost directly adjacent to the proposed 10-megahertz high terrestrial transmissions.

If LightSquared is allowed to use the upper band, this will “will present even more severe challenges to effective use of the new signal in the U.S. beyond those already demonstrated for commercial use,” the coalition says

Jim Kirkland, vice-president and general counsel for Trimble told a media teleconference after the FCC filing was announced, "What we are simply asking the FCC to do is to state definitively what many parties are saying in general and that is that the upper 10 MHz is simply not viable and terrestrial operations should not be permitted there.”

Kirkland added, "There are no other bands that the FCC might consider for repurposing where there are literally hundreds of millions . . . [of] receivers out in use already, embedded in critical applications. There simply are no other situations this difficult."

Craig Spence of the Aircraft Owners & Pilots Association told the teleconference, "I want to make it clear that this is not an endorsement of the use of the lower 10," and  "Let’s just take the top 10 off the table altogether."

"Today’s filing by the coalition is little more than a land grab designed to reward spectrum squatters who have failed to innovate their technology," responded Terry Neal, senior vice-president, public relations and communications at LightSquared.