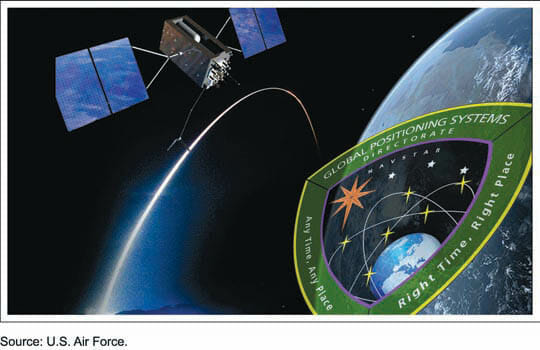 New delays and higher costs should be expected for both the GPS III satellite program and GPS-OCX, the new GPS ground system, federal watchdogs warned in a new report.

The Government Accountability Office (GAO) said both programs are in the process of rebaselining, that is, resetting their estimated schedules and costs. In the case of the Next Generation Operational Control System (GPS OCX), which is essential for full operation of the new GPS III satellites, the changes could be significant.

New delays and higher costs should be expected for both the GPS III satellite program and GPS-OCX, the new GPS ground system, federal watchdogs warned in a new report.

The Government Accountability Office (GAO) said both programs are in the process of rebaselining, that is, resetting their estimated schedules and costs. In the case of the Next Generation Operational Control System (GPS OCX), which is essential for full operation of the new GPS III satellites, the changes could be significant.

“The program experienced a schedule delay of more than 2 years and — due to rework — the cost of the contract has approximately doubled after completing an over target baseline with the contractor in July 2014,” GAO said in a March 12 report to Congress entitled Defense Acquisitions: Assessments of Selected Weapons Programs. “The program anticipates breeching the cost baseline established at Milestone B and expects to have a revised baseline in the second quarter of fiscal year 2015.”

A substantial jump in costs could spell real trouble for prime contractor Raytheon. Sources told Inside GNSS in February that a big increase in the bill for OCX could put the program in the crosshairs of congressional budget hawks and trigger a major shift — including possibly a change in contractors.

The program is being completed in three blocks. “Block 0 is to support the launch and checkout of GPS III satellites,” explained the GAO. “Block 1 is designed to command and control GPS II and III satellites and basic modernized military signals; and Block 2 is to enable the full modernized military signal and supports, monitors, and controls additional navigation signals.”

The program was rebaselined last fall, pushing the system’s completion date at that time to 2018. GAO’s timeline now puts the initial capability of Block 1 at November 2018 and Block 2 at November 2019.

“The GAO report reflects the progress being made on this complex program,” said Matt Gilligan, Raytheon program manager for GPS-OCX. “Raytheon is confident in our ability to deliver the Launch and Checkout System [LCS] and Block 1 and 2 capabilities according to the revised program baseline (LCS Acceptance in 2Q16 and Block 1 Acceptance in 4Q18), which supports GPS Enterprise needs.”

“The Air Force is currently coordinating on a new program baseline that will solidify the program schedule,” said Air Force spokesman Capt. Christopher Hoyler. “The Air Force and Raytheon each conduct monthly analyses of schedule efforts to monitor program progress.”

Software Patchwork
GAO said the source of the problems, according to both the Air Force and the contractor, was that the requirements were not fully defined at the beginning and, as a result, development of the information assurance capability — that is, the cyber security protections — “has been more difficult than planned, and is more complex than initially realized.”

“Program office documents show that new, flexible, and complex protections beyond those developed previously are required to meet OCX’s needs,” the agency added. “The contractor originally planned to use commercial off- the-shelf and open source software to develop this capability, but found many unexpected deficiencies in both sets of software code that required significant amounts of rework. To mitigate these issues, the contractor put together teams of personnel to fix, patch, and scan deficiencies while the government added an in-plant team to better plan deficiency resolution actions.”

Air Force Space and Missile Systems Center Executive Director David Madden talked about some of the challenges faced by the program during a March 11 breakfast sponsored by the Air Force Association’s Mitchell Institute for Aerospace Studies in Washington, D.C.

As fast as they were making fixes, he added, some new patches were creating collateral effects. “How do you develop something when there’re 20 patches a week going into your system?”

Madden also said that Raytheon had had 18 development environments at one point, which were ultimately simplified to help limit the amount of reworking being done.

“About a third of the work they were doing was getting thrown away,” Madden said, because it worked over here, but then it didn’t work over there, and they had to fix it again.”

GAO said the OCX program office also changed its approach to developing and testing each software block. In 2014 they suspended all software development activities for Block 1 and 2 until systems engineering was completed for Block 1.

The systems engineering for Block 1 currently was expected to be done in February 2015, said GAO, adding that “program officials said software development for Block 0 is complete and remaining testing for this block is scheduled for completion in November 2015.”

Gilligan said that Raytheon had beaten the timetable for Block 1.

“Systems engineering for the remainder of the OCX Block 1 and 2 development effort was completed in January 2015,” he told Inside GNSS in a written statement, “and customer review has validated that the program is on a very solid systems engineering foundation. We are confident in our path forward on OCX.”

According to GAO, Under Secretary of Defense for Acquisition, Technology and Logistics Frank Kendall asked for additional studies of all the GPS programs, including OCX, after a deep dive review on February 5.

“This deep dive,” said Hoyler, “provided the opportunity for an in-depth review of the problems encountered during development, the actions taken to resolve those problems, and the challenges remaining until OCX becomes operational. The Air Force and Raytheon presented detailed assessments of the program’s cost, schedule, and performance. There were no additional risk reduction activities directed beyond what the Air Force proposed.”

The Air Force has moved to put a backup plan in place. On February 11 Air Force Space Command’s Space and Missile Systems Center announced it would contract for a “Temporary Contingency Operation capability for GPS III Positioning.” The solicitation for sources issued February 11 described the move as “a risk mitigation” in the event OCX is “delayed beyond the need date for GPS III Space Vehicle 01 (SV01) to be integrated into the operational GPS constellation.”

GPS III
Which brings us to the next-generation GPS satellite program.

The first GPS III satellite is now expected to be available for launch in January 2016, GAO said. That is a relatively small delay from the end-of-2015 target date described by the contractor late last year.  The contract issued in May 2008 originally called for satellites to begin launching in 2014.

”Design and technical  problems with the mission data unit have been  the primary contributors to the 21 month delay in the first satellite’s availability for launch,” according to the GAO. The Air Force explained last year, the report said, that it had “underestimated the technical challenge of the navigation payload, which includes five of the program’s critical technologies.”

A key element of the navigation payload is the mission data unit (MDU), which has been described as the payload’s ‘brain.’ Among other functions, it contains the frequency synthesizer unit and combines the uploaded navigation data with internally generated ranging codes, then routes the information to the L-band transmitter system.

A timeline in the report indicates that GAO did its GPS III review in January, determining at that time that the payload had been delivered but was going to be tested with a “surrogate mission data unit.”

Lockheed Martin, the GPS III prime contractor, told Inside GNSS in a statement that the MDU has been delivered and tested.

Testing of the assembled satellite will start later this year, they added.

“This summer GPS III SV01 will begin Thermal Vacuum (TVAC) testing,” Lockheed Martin stated. “This is a critical test where the space vehicle, with integrated Navigation Payload, is rigorously exercised in a simulated harsh space environment. Successful completion of GPS III SV01 TVAC testing is an important program milestone as it will help validate our design and manufacturing processes for all our follow-on GPS III satellites.”

The accumulated delay, however, may bump up the overall price of the program, said GAO. The reported indicated that procurement costs had already jumped from $1.5 billion in May 2008 to more than $1.68 billion by the end of 2013, a 12.2 percent increase.  Including R&D expenses, the total GPS III program cost has risen to $4.64 billion from $4.17 billion. (All figures are in 2015 dollars.

The ultimate bottom line will depend on a likely recompete of the contract initiated last year with a search for possible new suppliers.

The program cost “is still under review and will depend on the final implementation approach selected following the sources sought responses,” said Hoyler.