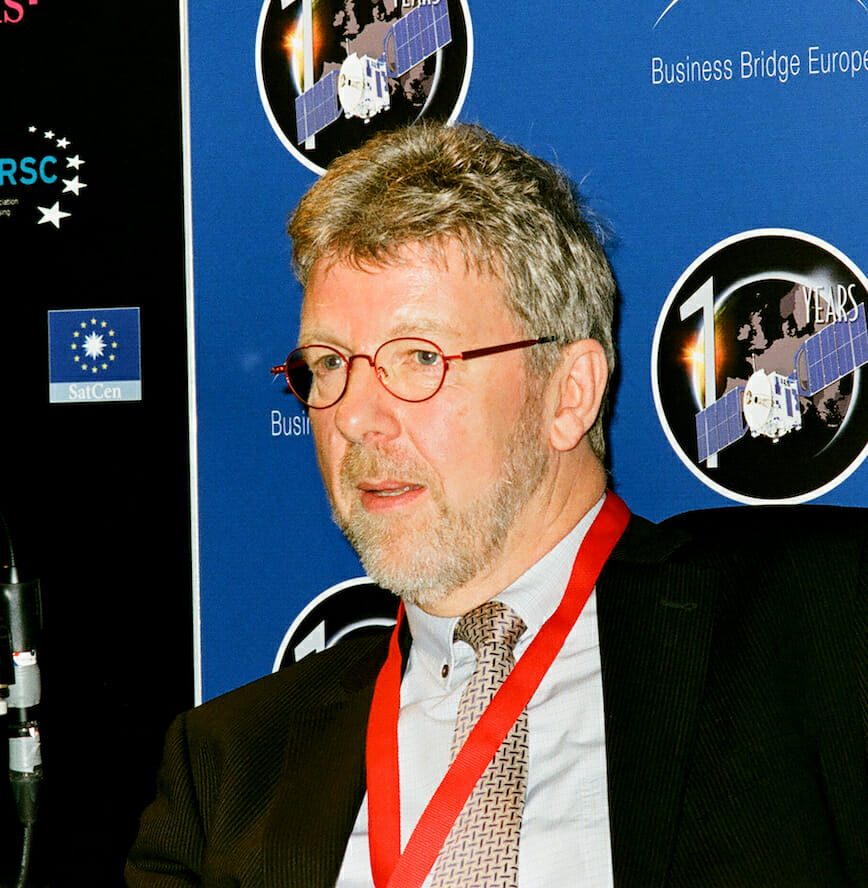 “Right now, our primary concern is the Galileo launch later this year [2021],” Paul Verhoef said. “We have two new satellites, received and ready to be shipped to Kourou. These are the first of the so-called batch-three satellites, made by OHB.”

Verhoef said a new ground segment extension has also been completed: “There will be twelve new satellites in the batch-three series, to be added to the existing constellation, and we need to make sure the ground segment can handle everything we have in orbit. The upgrade is now completed and has just been tested and accepted and the operational deployment is ongoing. The launch is planned for the end of November/beginning of December [2021].”

“This is quite an exercise; going to Kourou right now is not so easy,” Verhoef said. The Agency remains concerned about the COVID-19 situation in South America. “We are still in special times,” he said, “so we want to be sure that the people who absolutely need to go are fully protected. In any case, the whole thing looks pretty good, for now.”

With the completion of the latest batch-three satellites, the participation of British company SSTL in the Galileo project, which comprised the provision of some key payload elements, comes to an end. “SSTL had their contract before Brexit was announced,” Verhoef said. “Therefore they were allowed to go ahead on that, except for a small number of classified activities, which were transferred to the continent. From here, the UK does not participate in the EU Galileo program any longer.”

After the November/December launch, Verhoef said, “We will do two more launches relatively quickly, one after the other, at intervals of about six or seven months. At that point we will have six new satellites in orbit. That’s two extra in every orbital plane. And then the remaining three launches, six more satellites, will come after that, to complete the batch-three series.”

According to current plans, if the new Ariane 6 is ready, the big launcher will take the last six satellites into orbit. “There will be an Ariane 6 maiden flight, and then we will be its first normal ‘paying’ customer, so to speak,” Verhoef said.

A second big priority for Verhoef’s navigation unit is Galileo Second Generation. The project had been on hold, as ESA awaited the outcome of a court case pitting long-time partner OHB against the Agency. Happily for ESA, on 26 May 2021, the European Court of Justice in Luxembourg rejected OHB’s attempt to stop ESA from awarding a contract to OHB rival Airbus Defense and Space.

“We had one satellite contract picked up already with Thales Italy, and we are now allowed to go ahead with the Airbus contract,” Verhoef said. “In parallel, we are very soon going to kick off a series of Second Generation system and ground segment contracts. We need the new ground segment extension to be able to handle the features of the new satellites. We will start the procurements in the next couple of months and then hopefully by the end of the year we will know who the ground segment contractors will be.”

Onward and Upward: To the Moon!

“The third thing that’s keeping me busy at the moment is our planning for a communication and navigation satellite system around the moon,” Verhoef said. “We have launched a number of system studies with two consortia of contractors. Once we have the results of those studies, we will refine our proposals and then we will go next year to the ESA Ministerial for funding. From there we hope to be underway.”

On the communications side, Verhoef said, ESA’s Director of Telecommunications and Integrated Applications Elodie Viau is keen to bring all the latest capabilities to the moon, “be it internet, skype, and those types of things. From our side, the navigation side, what we are trying to achieve is to allow moon missions to use the system and thereby not need their own navigation equipment onboard, and thereby save mass and volume for scientific work on the moon.”

Verhoef described a GNSS-like solution – one might call it an LNSS – with orbiting satellites and combined communications and navigation payloads. “There will be ground segments on earth to control the satellites, and possibly some ground segments on the moon.” Accuracy will depend on what the users want. Initial analysis puts accuracy at about 30 meters, “which is already orders of magnitude better than what we have at the moment,” Verhoef said. “Right now we are doing lunar navigation from earth, with long-range space antennas, with an accuracy of 500 meters at best, and often going up to five kilometers.”

Verhoef said he hopes to see the lunar navigation system taking shape in the 2026 timeframe. “That means approval in ’22 and then four years before things start to go. We know there are a whole lot of countries and private enterprises preparing to go to the moon. We are in close contact with NASA, and NASA of course has big plans in that direction and they are very interested in all this.

“In addition, there are many, many commercial and institutional missions foreseen by countries around the world, so the plan is that we have a system with fully open standards, so that everybody can use the same receivers, a bit like we do on earth, where we have interoperability guaranteed. We want to make sure that people who want to go to the moon know what equipment they need to use the system.”

There is clearly a lot going on at the ESA navigation department, from ground segment installation to satellite and launch preparation and planning to go to the moon. “It’s a lot of ‘behind the scenes’ stuff,” said Verhoef. “It isn’t too exciting from that perspective.” But we are excited, and we suspect Paul Verhoef is too, really.