For truck drivers, the app provides a real-time visualization of borders, through an EU-wide map indicating crossing times. This enables logistic companies and drivers to better prepare their routes, having advance knowledge of the waiting time at each border crossing.

When drivers enter a geo-fenced area within a specified distance from a border, they receive a notification produced by the border officers on the current situation at that border. Their location is collected anonymously only when they are approaching the border and it is solely used to update the overall border picture. Crowdsourced information is aggregated, including data from the leading European real-time visibility platform Sixfold.

In addition, Member States can notify drivers via the app about the type of cargo that can access the priority lane.

For border control authorities, the app provides a real-time visualization of the situation at border crossings along with regular updates on the traffic flow situation. In turn, border officials can contribute information to the system by regularly feeding updates into the app on the traffic flow and waiting times at their borders. At the same time, the app provides Member States with a website where they can generate reports automatically, making it easier to comply with EU recommendations.

The contract for the development and testing of this application has been executed with FoxCom, a Czech software development lab; Sixfold, an Austrian company specialized in data management; and Spacetec Partners from Germany for the app design. 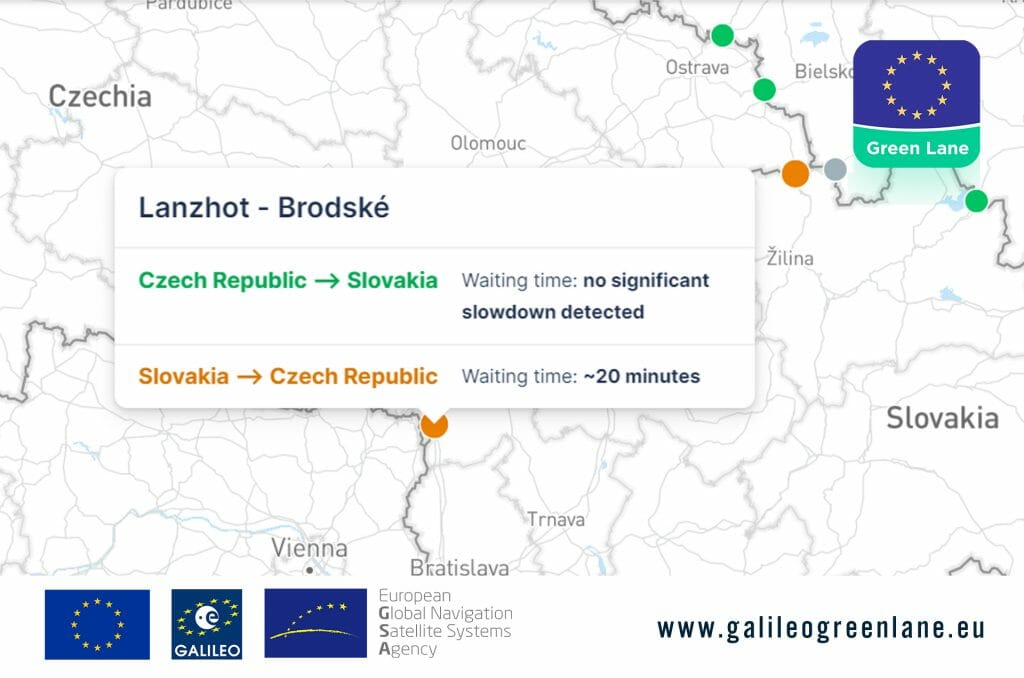 On April 20, the EC-GSA launched the beta version for border authorities. On April 21, Hungary started with the first pilot testing at 3 border crossings. On April 23, the beta version for truck drivers was launched. In early May, the Czech Republic, Romania and Greece started testing the app at select border crossings. In mid-May, Spain and France will start pilot testing their apps.