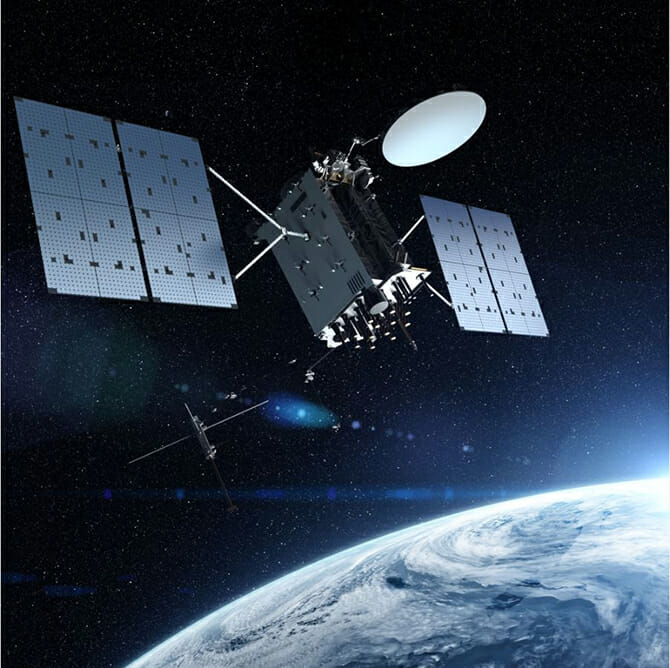 The administration asked for a total of $1.76 billion for the overall GPS program next fiscal year, a jump of $333.0 million or 23 percent over the final budget approved by Congress for FY19, which ends September 30.

Much of that boost is attributable to a new budget line requesting $414.63 million to procure the first of the IIIF satellites and a request for more GPS IIIF development money. Last year the administration asked for $451.89 million for IIIF development winning approval from Congress for a healthy $426.90 million in FY19 research, development, test and evaluation (RTD&E) spending. This year the White House is hoping to get $462.90 million — a $36 million boost.

Interestingly there are also cuts proposed in the development of the Next Generation Operational Control System (OCX) including the GPS Enterprise Integrator, which is needed to support integration across the entire GPS community. The administration is asking for $445.30 million for the new ground system, which is essential to the full operation of the GPS III satellites. This is down nearly $68 million from the FY18 and FY19 budgets approved by Congress, which were $510.94 million and $513.24, respectively. There was a congressionally approved reduction of $4 million in the FY19 budget after it was originally approved, according to the budget documents. Even with that taken into account, this year’s request reflects a cut of nearly $64 million. Interestingly the 5-year plan for the OCX program laid out in the budget documents indicates that spending for OCX is expected to go up again to $487 million in fiscal year 2021.

Trimming OCX spending this coming year might have been necessary because there is a real jump in planned spending for user equipment.

The White House is asking for $329.95 million for military GPS equipment, that is equipment capable of using the new, more jam-resistant M-code. The administration asked for only $253.94 million in FY18 though Congress boosted that to $342.44 million. The following year, the administration asked for more, $286.63 million, but Congress shaved $30 million from that. This year’s request is a more than 28 percent increase over the actual 2019 spending.

That increase is higher even than anticipated a year ago, according to an analysis by Mike Tierney, a consultant with the defense, space/intelligence, homeland security consulting firm Velos.The five-year spending plan in the FY19 budget documents projected spending just $240.7 million on user equipment in fiscal year 2020.

Overall, Tierney said, spending on the GPS program is slightly down. He calculated that the budget for GPS is 4.9 percent less than was planned for in the FY19 Future Years Defense Program (FYDP), that is the five-year plan found in the FY19 budget documents.