The U.S. Department of Transportation’s (DoT’s) “Complementary PNT and GPS Backup Technologies Demonstration Report” released this January has some excellent data on the relative performances of various systems in timing and positioning. Figures 130 and 131 of the report (see below) rank the systems on “performance sensitive” and “cost sensitive” bases respectively and have received a lot of attention. While I don’t disagree with the general assessments, there is considerable hazard in applying them blindly to select a national strategy.

Firstly, there were several technologies not demonstrated, most notably 4G and 5G NR, both of which have significant (and demonstrated) timing and positioning capabilities independent of GNSS. A second major hazard lies in deployed availability. Until and unless a technology is fully deployed over the coverage area, you will have holes in coverage. The market will play a major role in deciding what will actually be available. A third consideration is domain applicability. The report partially addresses this in having diverse test environments —indoor/outdoor; stationary/moving; etc. but it does not make an assessment as to whether the technology is applicable for a given class of user. Fiber optic to the cell phone might not be as cool as it sounds.

Finally, there is the question of resiliency. None of the technologies was tested in an adversarial environment, e.g. jamming, cyber-attack etc. A truly resilient system is a system of systems and the measure of its resilience is performance under attack and that is mostly a function of how well the systems are integrated.

In closing, this is an excellent report well worth reading that provides some good guidance on several technologies that could help in establishing resilient augmentations. Some ( e.g. Satelles / LEO Iridium) are available now for a subscription price. Others (e.g. NextNav/928 MHz Beacons) perform extremely well but will require significant infrastructure investment as contrasted with yet another (UrsaNav / eLoran) which provides lesser positioning capabilities but can be deployed fairly inexpensively. Ultimately, the choices will be made by the market. 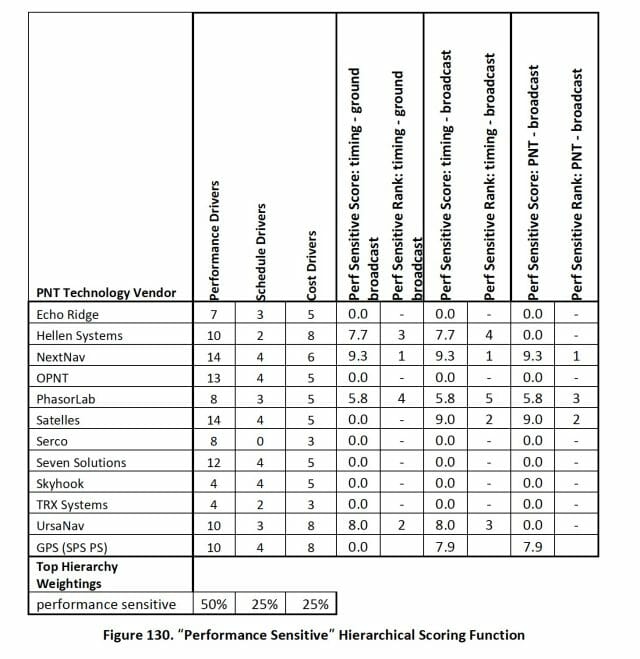 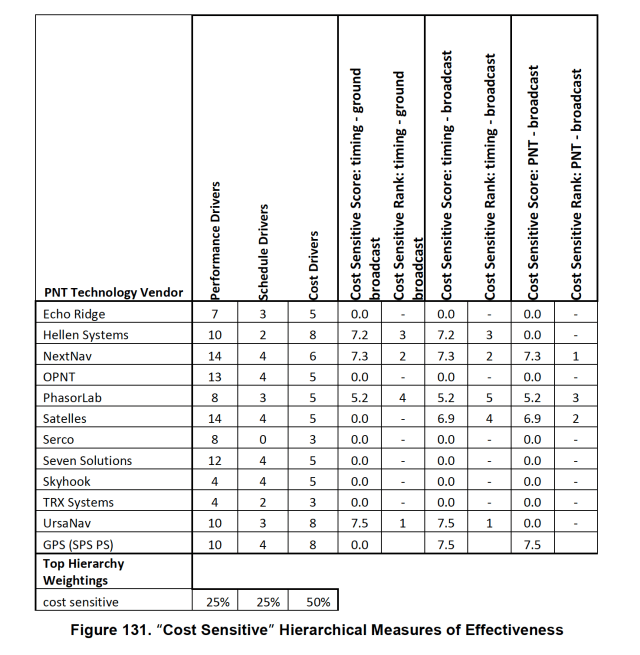