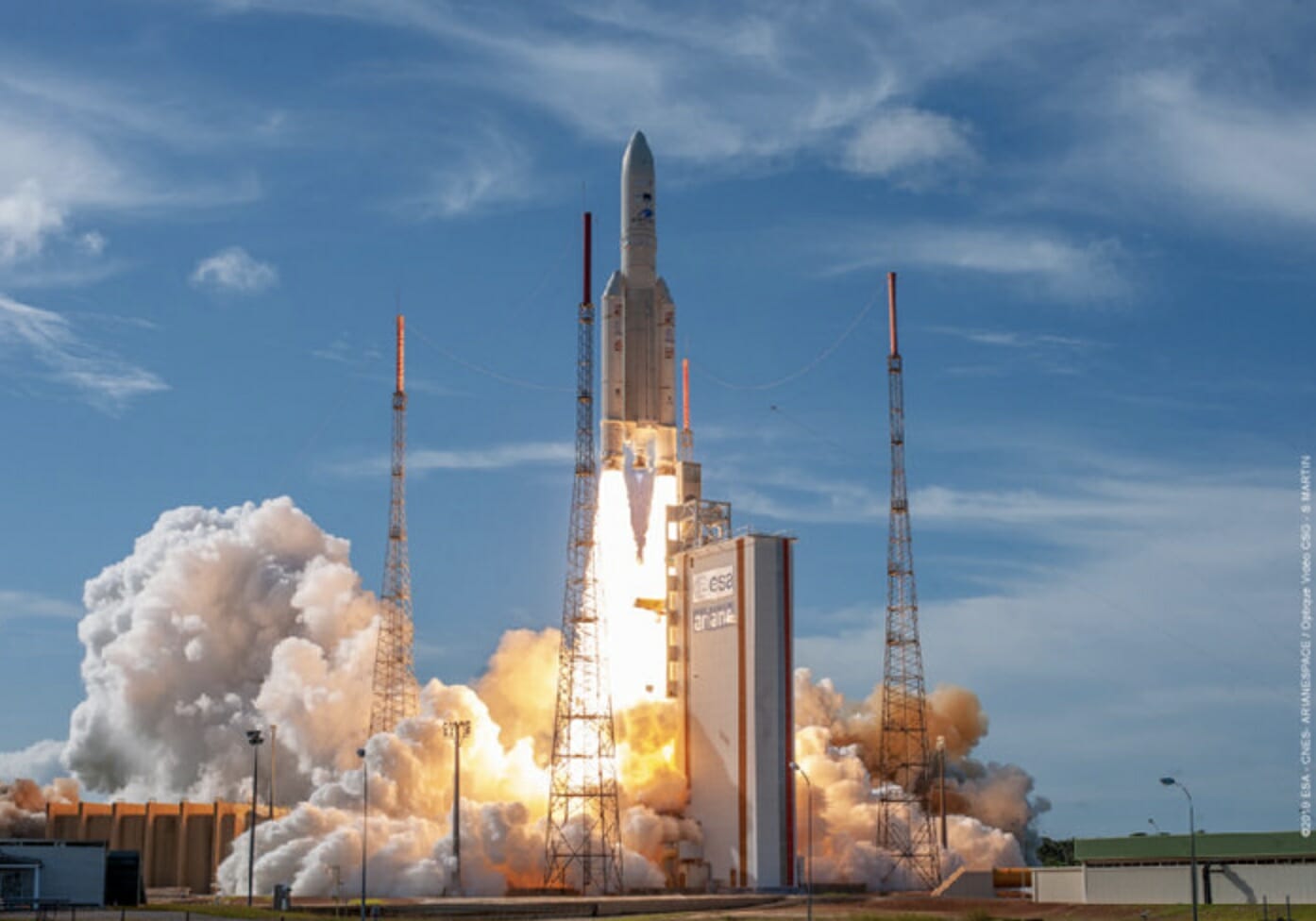 The second satellite to join the constellation that forms the European Data Relay System (EDRS) was launched by Arianespace on August 6, at 21:30 CEST (19:30 UTC). The satellite was launched on board an Ariane 5, together with a second passenger, Intelsat 39, from Europe’s Spaceport in Kourou, French Guiana.

EDRS enables people to observe Earth almost live, accelerating responses to emergency situations and spurring the development of new services and products, to create jobs and increase prosperity, according to the European Space Agency (ESA).

EDRS–dubbed the “SpaceDataHighway” by its private operator, Airbus–uses innovative laser technology to dramatically cut the time needed for Earth observation satellites, to deliver information to the ground.

The latest satellite, called EDRS-C, will operate in geostationary orbit, at 31 degrees East longitude. It will join its “sister” EDRS-A, launched in January 2016. The satellites can transmit data at a rate of up to 1.8 Gbit/s.

The geostationary position, higher than typical low-Earth orbiting observation satellites, will enable the constellation to maintain an almost constant connection with the low-Earth orbiting satellites that could otherwise only transmit their information when in direct line-of-sight with their ground stations, which introduces delays of up to 90 minutes.

The EDRS satellites can then beam the information back to Earth in almost real time. Since the end of 2016, EDRS has, on a daily basis, been transmitting images of Earth acquired by the Copernicus program’s four Sentinel observation satellites. It is also due to relay information from the International Space Station once a new antenna is installed on the outside of Europe’s Columbus laboratory.

The EDRS-C satellite has been manufactured by OHB System AG based on a SmallGEO Platform. EDRS-C also hosts a Ka-band payload called HYLAS 3, which is designed to provide satellite communications services over Africa and the Middle-East. HYLAS 3 is owned by Avanti Communications.

EDRS is a new, independent European satellite system, and is a public–private partnership between ESA and Airbus as part of ESA’s efforts to federate industry around large-scale programs, stimulating technology developments to achieve economic benefits.