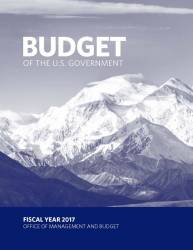 Congress is back in Washington with a December 9 deadline to pass the 2017 Fiscal Year (FY17) federal budget and avoid a government shutdown.

Lawmakers are widely expected to pass another continuing resolution, or CR, leaving the final decisions on the FY17 budget until after President-elect Donald Trump takes office in January — an approach that could both help and hurt the Pentagon’s GPS modernization effort.

Congress is back in Washington with a December 9 deadline to pass the 2017 Fiscal Year (FY17) federal budget and avoid a government shutdown.

Lawmakers are widely expected to pass another continuing resolution, or CR, leaving the final decisions on the FY17 budget until after President-elect Donald Trump takes office in January — an approach that could both help and hurt the Pentagon’s GPS modernization effort.

"Republicans now, theoretically, have a disincentive to push forward and lock in spending priorities in FY17 because they can wait until January to have the top cover of the Republican president," said Mike Tierney, vice president at the consulting firm Jacques & Associates, which specializes in the defense, space and intelligence, homeland security and related industries. Such a delay, said Tierney, "alleviates the threat of any veto" and eliminates legislative back and forth with the executive branch.

A delay would also give the new White House team the opportunity to make changes, even though they will have limited time to study the details.

"They can do more than tweaking," said federal budget expert Stan Collender, an executive vice president with the Qorvis MSLGROUP, adding, "Every new president does that."

Any changes, however, are likely to be limited, said Tierney, because the new administration will be "laser focused on what to do for the FY18 budget request."

"Typically the budget is due to Congress the first week of February," Tierney explained, pointing out that, although it has yet to be submitted to Congress, the current administration has already completed its spending plan for fiscal year 2018.

"The Trump administration is going to come in January and look at that," said Tierney. "Basically all of their time between January and . . . April is going to be focused on adjusting the FY18 package as constructed by the agencies under the Obama Administration to reflect Trump’s priorities in FY18."

An OCX Boost?
For those working on the new GPS ground system, another CR could be good news.

The Global Positioning System Next Generation Operational Control System (GPS OCX) has been having budgetary and schedule problems for years. The program experienced a Nunn-McCurdy breach this summer, putting it at risk of automatic termination. The Pentagon rose to defend the system and won congressional approval to reprogram money from other projects to help keep it on track.

The Senate Appropriations Committee, however, cut $259.8 million from the FY17 OCX program request of $393.3 million, terminating Blocks 1 and 2 and adding $30 million to enhance the current ground system. If Senate appropriators were to win the day, the program would be slashed to just $163.4 million.

Under a CR, however, the funding generally continues at the same level as the year before. In FY16 OCX was budgeted at $350.2 million.

CRs can last a whole year, which would give the OCX a substantial boost. They can be adjusted to tweak particular programs said Collender; so, a second CR comes with no guarantee of a FY16 level of spending for particular programs.

In the case of OCX, however, approval of the full budget request seems most likely, said Tierney, because that is what three of the four committees involved in the decision want to see happen.

"My expectation is that the termination that the Senate appropriations committee wanted is not likely to carry the day in FY17," Tierney told Inside GNSS. "There may be a cut in funding, but the termination of the program from one committee is not likely to prevail over the three other committees. Both the House Armed Services, Senate Armed Services, and the House Appropriations [committees] essentially fully funded the GPS OCX program. Only one committee zeroed it, which is a pretty substantial difference between the majority of committees and this one particular committee."

The Big Picture
In FY16 Congress funded and authorized the procurement of the GPS III satellites at $199.218 million and development at $180.902 million. It allocated $350.232 million to OCX and $142.3 million for military user equipment (MGUE) development.

In FY17 the White House request for GPS III procurement dropped to $34.1 million while the next phase of the program is being worked out. The request for GPS III development dollars dropped to $141.9 million. As noted, the Obama administration asked for $393.3 million for OCX. In each case three of the four committees approved the full request with Senate Appropriations being the only committee making various cuts.

Funding for the GPS IIF program, which is effectively complete, was dropped in FY17.

One GPS defense program, however, could take a serious hit under a continuing resolution. The Obama Administration requested $278.1 million for MGUE development in 2017 — nearly double the FY16 amount.

Congressional delay could not only underfund the program in the immediate future but squeeze it for a different reason at the end of the year. Specifically, if it takes until the end of March to finalize the budget, fully half the fiscal year will have passed.

The Republicans have said they want to boost military spending. The programs need time, however, to be able to put their budgets to the best use.