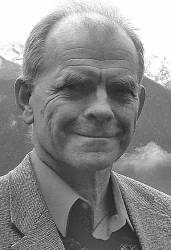 Ultimately, the really interesting aspects of Internet and GNSS innovations come in their combination, not their separation.

Ultimately, the really interesting aspects of Internet and GNSS innovations come in their combination, not their separation.


GNSS and the Internet. Less than a generation has passed since these two pervasive, global systems first became practical realities for the Earth’s citizens, and now it seems as though they have always been here, connected to everything. The Internet’s warp to GNSS’s woof.

Throw in two nearly simultaneous developments — mass-market wireless communications and mobile computing — and we have sketched the technological matrix of the modern world.

Where did these game-changers come from? How far back do they go?

How do we determine the starting line for innovation?

The question has implications of human as well as scientific interest. (It gets hot when you stir the embers of personal and institutional histories.)

I suppose we could ask DARPA to adjudicate because the agency had its hands in creation of both the Internet (a direct forerunner) and GNSS (a more tangential role through GPS). But, no, that might stir up more than embers!

So, let’s take a safe example from the field of communications. We could say telephony was invented in 1876 when Alexander Graham Bell said to an assistant over his primitive phone, “Watson, come here — I want to see you.” (Presumably to send him off to the U.S. patent office.)

But it would be more fun to trace the telephone to earlier efforts of German inventor Johann Philipp Reis, who around 1860 produced a device that transmitted musical tones and occasionally distinct speech. In which case, the first telephone message would reportedly be “Das Pferd frisst keinen Gurkensalat,” or “The horse doesn’t eat cucumber salad.”

Instead of rudimentary or complete instrumentation, maybe we should count the first expression of an idea as the decisive point for innovation.

If so, Innocenzo Manzetti — who in 1844 proposed a “speaking telegraph” — was the father of the telephone.

For those of us who remember the dial-up days of e-mail, and telnet, and BBSes – well, thank you, Innocenzo, Johann, and Alex for the role that telephones played in creating the Internet. But we have moved on now.

Personally, I attribute the conception of any space-related technological invention during the last 50 years to Arthur C. Clarke, the futuristic novelist.

And, yes, that includes GPS.

In 1956, the year before Sputnik was launched, Clarke predicted satellite-based positioning and navigation.

In a letter to his friend Andrew G. Haley of the American Rocket Society, Clarke wrote that within 30 years an “orbital relay system” could take over all existing surface [communication] networks: . . . three stations in the 24-hour orbit could . . . make possible a position-finding grid whereby anyone on earth could locate himself by means of a couple of dials on an instrument about the size of a watch.

“[N]o one on the planet need ever get lost or become out of touch unless he wanted to be,” Clarke stated, adding, “I’m still thinking about the social consequences of this!”

Now, if Sir Arthur had sketched out a few more details and submitted a patent claim, maybe Clarke’s estate would be calling the shots on PNT policy.
World Wide Web. World Wide GNSS. Worldwide mobile communications and computing. Ultimately, the really interesting aspects of these innovations come in their combination, not their separation; in their destinations, not in their points of departure.

Which brings us back to that easily missed parting comment of Arthur Clarke, “I’m still thinking about the social consequences of this!”

Lawsuits over privacy, unsolicited location-based advertising, thousands of smart-phone apps enabled by GNSS and implemented through the other three worldwide technologies, all the mischief that human curiosity leads into.

The really interesting parts lie ahead, not behind.

These comments will appear in the November-December 2010 "Thinking Aloud" column in Inside GNSS magazine.