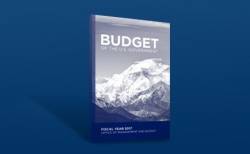 The civil GPS community is facing a significant federal funding cut in the midst of programmatic shifts and political squalls that make the long-term outlook murkier than usual.

The civil GPS community is facing a significant federal funding cut in the midst of programmatic shifts and political squalls that make the long-term outlook murkier than usual.

DoT pays the money to the Air Force to offset expenses specific to the civil community’s needs — a funding mechanism originally intended to give civil users more leverage with GPS’s military managers.

Congress, however, has regularly failed to provide complete funding, creating friction between the civil and military GPS communities as the shortfall slowly mounted to a total of some $100 million. The loss of that money, which was meant to pay for integrating civil monitoring into the new GPS ground system, exacerbated problems with the Next Generation Operational Control System or OCX.

In its new budget the Obama administration has scaled back yet again its request for civil GPS signal monitoring, slashing the amount sought to just $10 million from the  $27 million sought for fiscal year 2016. On average, Congress has provided only 42 percent of the funding requested for civil signal monitoring since fiscal year 2012 — even when the request had already been cut by the White House compared to what was approved the previous year. Given that track record, one has to wonder about the prospects for fiscal year 2017 (FY17).

On the other hand, even a drastic cut may not have the consequences seen in past cycles. The OCX program is in turmoil for reasons well beyond any problems caused by any civil funding shortages and could be cancelled, at least in part, in the next several months. Although cancellation could leave both the civil and military communities in a bind, as the essential next generation of GPS satellites cannot be integrated into the constellation without the OCX Block I phase, the Air Force has a stopgap plan in place, and another year of delays appears, from a distance anyway, unlikely to have dire consequences.

The White House also made what history suggests will be a smart change. It shifted the civil GPS contribution from the Federal Aviation Administration (FAA) to the Office of the Assistant Secretary for Research and Technology within DoT. FAA officials never wanted the responsibility to be the lead for civil GPS, which they saw, correctly, as an unfunded mandate. FAA ire, however, grew to the point that the agency would drag its feet on forwarding even the funding it did get, worsening an already bad situation.

WAAS, NDGPS
The FY17 funding for the Wide Area Augmentation System (WAAS), however, remains under FAA. The administration asked for $83.5 million for WAAS in FY17, slightly more than the $80.6 million requested and approved last year, plus $26.6 for the satellite leases essential to the program — the same amount previously requested and supported by Congress.

Gone entirely from the FY17 budget is funding for Nationwide Differential GPS (NDGPS), which was to effectively come to an end last month when broadcasts at 62 NDGPS sites were scheduled to end.

"Termination of those sites was planned to occur on January 15, 2016," said Nancy Wilochka, public affairs officer in the DoT Office of the Assistant Secretary for Research and Technology, in an email. "The signal has not been terminated at any of these NDGPS sites while the U.S. Coast Guard, Department of Transportation, and U.S. Army Corps of Engineers continue to review and consider the wide range of comments received in response to the August 2015 FRN (Federal Register Notice)."

Fortunately the staff should have time to decide what to do. NDGPS was funded at $5.6 million for this fiscal year, which ends Sept 30. Moreover, the 2016 budget request was fully funded for the DoT staff who help keep the wheels rolling on NDGPS policy, spectrum protection, and other matters impacting position, navigation and timing (PNT) services.

That request for $1.6 million was part of $14.6 million meant to support the Office of the Assistant Secretary for Research and Technology. That total request was cut by $3.2 million at the recommendation of the House and, initially, it was unclear how that shortfall would be distributed. The historical information in the FY17 budget documents, however, indicates that the cut did not affect PNT-related activities.

For FY17, the White House has again requested $1.6 million for those activities. If fully approved, $1 million of that will support the Adjacent Band Compatibility Assessment, which will devise an interference mask indicating how much interference can be tolerated, on each signal frequency, by current and future satellite navigation receivers.

The White House is also seeking $250,000 to support DoT’s work on the Space-Based PNT Executive Committee and Executive Steering Groups and its efforts to represent GPS spectrum issues before bodies like the National Telecommunications and Information Administration (NTIA) and the Federal Communications Commission (FCC). An additional $100,000 will go to coordinating PNT research and development efforts across civil departments and agencies.

The goal is to incorporate information from those programs into a searchable PNT research hub to support implementation of a complementary PNT capability. Another $50,000 has been requested to support international coordination and $10,000 for support of the Civil GPS Service Interface Committee.