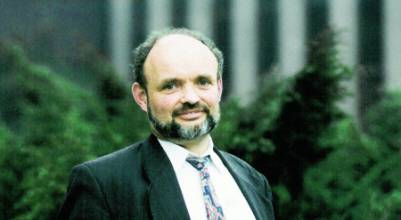 Aside from messing about in boats on the estuary near his holiday house in Rock, a village in Cornwall, few activities delight Philip Mattos quite so much as solving the constellation of challenges involved in creating Galileo-ready receivers targeted to reach European consumers within two years.

Aside from messing about in boats on the estuary near his holiday house in Rock, a village in Cornwall, few activities delight Philip Mattos quite so much as solving the constellation of challenges involved in creating Galileo-ready receivers targeted to reach European consumers within two years.

Mattos is the chief engineer for GPS and navigation at STMicroelectronics R&D Ltd. in Bristol, the largest city in southwest England. Located near the mouth of the River Avon, Bristol’s economy centers on the aerospace industry and information technology. The area’s dependence on navigation traces back to its emergence as a major port city in the 12th century.

And while these facts about his home provide a nice bit of context, nothing really explains Mattos’s genius for GNSS. His prolific contributions, which touch hundreds of millions of people around the globe, seem all the more remarkable considering that the 1948 tractor he keeps for mowing his field represents the peak of technologies associated with his rural English childhood.

“Engineering clearly has formed me over the years,” he says with relish. “If something appears broken, take it apart and fix it!”

Since 2004, Mattos has focused on developing a new chip for a project funded by GR-POSTER, the acronym for the Galileo-Ready POSitioning TERminal Consortium. It’s the next big step toward the launch of Europe’s independent satellite navigation system, and Mattos has been breaking trail in this direction for nearly 30 years.

An Early Start in GPS

A Cambridge graduate, Mattos earned bachelor’s and master’s degrees in electronic engineering. His career began at British Telecom Research Labs, the equivalent to Bell Labs in the U.S. “They sponsored me through additional master’s degrees in telecoms and computer science from Essex; so, I was with them for about nine years,” he says. “At the end of my career there I was specializing in the architecture of the actual processor in microcomputers.”

When the British government set up the semiconductor industry in 1979, Mattos was recruited by INMOS (now STMicroelectronics) to help build the transputer, the United Kingdom’s first 32-bit micro. That’s when he happened across a feature in an electronics magazine that inspired him to develop a demonstration application using LORAN. “But there was a hold on the market.” he says. “Nobody wanted LORAN because GPS was ‘just around the corner.’ Of course, it stayed ‘just around the corner’ for about seven more years.”

So Mattos moved on to doing a GPS demonstrator, helped by a year’s posting to Colorado Springs in the United States. Back then, Mattos worked as “a team of one.” His presentations at conferences in Dallas and London led to partnerships with Inmarsat, Bristol University, and Columbus Positioning that supported taking a software-only demo to full-fledged prototypes integrating radio frequency, software, and hardware. The resulting handheld GPS was launched at the Royal Institute of Navigation conference in 1989 and the London Boat Show in 1990.

When the sum of these efforts produced a dedicated chip for GPS in 1996, the way was opened for mass-market products and, in turn, increased resources for research. Four years ago, Mattos did the blue-sky thinking for the Galileo-ready chips now being perfected at five STMicroelectronics sites in Europe and India. At the moment, he divides his time mainly between England and Italy.

“In Italy, they work deep in silicon, doing detailed design and verification to check that the silicon we’re about to create is exactly what the people who designed the silicon asked for, and what I asked for when creating the specifications,” Mattos says. “The cost of manufacturing the chip is a huge investment. Our company does it from end to end, from initial design to final test.”

In addition to earning a Ph.D. from Bristol University for his work on GPS, Mattos holds nine patents: eight in the area of GNSS and one in telecommunications. His latest invention, patented earlier this year, provides extended use of broadcast ephemeris. Last year, he received a patent for new methods of processing multi-signal GNSS services, which applies to Galileo and GPS III signals.

His major innovations also include development of the HPGPS in the Teseo and Cartesio basebands as well as a new RF chip, applications which arose from his 2001 patent on accelerated acquisition of GPS signals and his 2003 patents on GPS code acquisition and GPS radio clock generation. Earlier, he obtained patents for microprocessor control of a packet-switched data exchange (1976) and the GPS radio design that led to the STB5600 RF IC (1996).

Asked to name a few milestones in his career, Mattos offered this list:

• Producing the prototype GPS/satcom for Inmarsat in 1990
• Developing the first fully integrated baseband with just 3 chips (compared to 14 in the 1990 model) in partnership with Panasonic, in 1995
• Creating a complete system in two chips, with the baseband having integrated memory and the RF portion being a single chip based on his doctoral work at Bristol University, in 1998
• Widespread acceptance of Vespucci in the automotive market, which changed from the ST20 processor to the ARM7 with embedded Flash memory, in 2001
• The success of Palinuro, with the RF front end on the same chip as the digital baseband, making a one-chip solution from antenna to PVT output, in 2003

The Future in GNSS

Currently, he’s involved in partnerships with Galileo Joint Undertaking in the GR-POSTER Project; ST teams in Bristol, Milan, Naples, and Catania; and lead customers (whose names are not public) on the following projects:

Mattos also makes time to consult on the next generation of GNSS chips including one-chip GPS (radio frequency plus digital) and high sensitivity GPS for indoor applications.

When the European Union and the European Space Agency launch their 30 Galileo satellites about two years from now, Mattos expects the most noticeable difference for navigation users will be the availability of service in urban canyons. Some indoor areas will be more accessible as well, though not those made of dense materials like concrete or metal.

“Galileo’s biggest benefit is that it can be combined with GPS and be compatible,” Mattos says. “If you’re down in an urban canyon, there will be enough satellites in the sky that your navigation system will continue to work. We need four or five satellites to operate properly and we don’t get that today in urban canyons. With GPS and Galileo together, we will.”

Engineering Specialties
“From 1990 to 1995 I was a team of one, so I needed to do everything – design engineering, system integration, software, hardware, signal processing, RFIC, and so on. Once the system was proven, more people were allocated and areas delegated. Now I specialize in architecture, system level design, advanced signals and DSP, tending to move away from GPS and towards Galileo. As a system specialist I advise the silicon experts, both RF and baseband, but leave the detail design to them.”

His Compass Points
• A childhood in the country, “before any of the technological stuff”
• Going to Cambridge
• Buying his first house “way out in the country looking out at the marshes and the river, which reinforced my existing love of the country, love of the water, and dislike of cities.”

Favorite Equation
The great circle distance between two points on the earth.

GNSS “Aha” Moment
I was demonstrating my software-based LORAN system, when a sales manager who was also a yachtie said, ‘This is pointless. LORAN will be replaced by GPS in a year or two.’ It’s 18 years later and the world is still having that debate!”

First Significant GNSS Achievement
In 1987 he worked in the same building as now, for his current employer (at that time, called INMOS) making the transputer, a then-revolutionary 32-bit microprocessor. “Having been advised that LORAN would be replaced by GPS, I did a demo of a software GPS, with one processor emulating the satellite, and a second processor performing all the DSP correlation, and demodulation in software to acquire and track the signal. The goal was to demonstrate the very high computing performance of the transputer processor: software GPS in 1987!”

Why he fell in love with GNSS
“My interests were boats, electronics, computers, and radio. How else to combine them all and play on company time? The challenge was to do something that covered so many technical areas, from antennas, low noise amplifiers, radio frequencies, digital signal processing, baseband, software, and map-matching, to dead-reckoning equipment, and have ownership of the entire design. This entire system was demonstrated in 1992, when a color map meant placing a six-inch CRT (cathode ray tube) display in a car. I have the TV to this day.”

GNSS Event that Most Signifies that GNSS has “Arrived”
Shipping the company’s Palinuro single-chip GPS. “Connect active antenna, power, and RS232 comm port to a PC/PDA and you have a GPS.”

Popular Notions about GNSS that Most Annoy
First, that the $2,000 box in the car is a GPS. “The GPS is the $15 module inside the box that delivers PVT.” Second most annoying, that the satellites track the user. “They have no idea you exist.”

Dream Device
An all-bands radio, initially a receiver but also a transmitter that listens to all the channels for all the aircraft, all the boats, and all the ships. It would display the active ones on screen and record activity so that one needn’t be present to monitor it. “You can get this information now, just not all in one place. It’s not what they call rocket science, because all the elements have been done. It’s a matter of bringing it all together. Such a device would let me feel a part of things when I’m at the office, working in the garden, or engaged in the ongoing refurbishment of our holiday house.”

What’s Next
Galileo in consumer vehicles throughout Europe.