The antenna may qualify as the most overlooked element in high-precision positioning in automotive applications, which increasingly these days denote potentially autonomous applications. Yet it all starts there.

“With the new GNSS signals available, antenna technology is evolving quickly,” said Kevin Doherty, technical sales lead for NovAtel, and a speaker on the upcoming free webinar on December 18. “Stability of the antenna’s phase center offset is one of the most important aspects to consider. The choice of antenna is critical to ensuring that multi-constellation, multi-frequency measurements are co-located.”

The electrical phase center of any antenna will vary with the position of the transmitting signal it is receiving by as much as a few millimeters. As GNSS satellites move across the sky, the electrical phase center of the signal received will typically move with the satellite position unless the antenna has been carefully designed to minimize Phase Center Offset (PCO) and Phase Center Variation (PCV). The PCO, with respect to the Antenna Reference Point (ARP), is the difference between the mechanical center of antenna rotation and electrical phase center location. The PCO is also frequency-dependent, which means that there can be a different offset for each signal frequency. The PCV identifies how much the phase center moves with respect to the satellite elevation angles.

Why is antenna technology so frequently/widely overlooked when considering/planning high-precision location for automotive applications?

Kevin Doherty: The automotive industry has used GNSS or rather GPS antennas for many years but only as one component in a multi-radio antenna assembly, where the solution accuracy or radiation pattern was never a real concern. This is because, traditionally, automotive RF antennas are not precision technology used to capture finite measurements but instead a simple reception device for obtaining data. For high-precision localization, the GNSS antenna is now the fundamental reference point for positioning the vehicle and the basis for any computations.

Why is a stable phase center offset important?

Kevin Doherty: In a GNSS antenna, the phase center is the reference point for gathering precision measurements from satellite signals, travelling at the speed of light from space. Any variation in its location as signals arrive from different angles, even in the order of a centimeter, directly impacts the accuracy that can be achieved. Any unit to unit variation introduces a bias into the location calculation that would need to be calibrated for on each individual antenna (or vehicle), directly resulting in either inaccuracy, or costly and time-consuming calibration. A design that is less impacted by changes in the environment is the best option for precise system design.

With key antenna specifications for automotive and autonomous use as a point of departure, three expert panelists will bring their varied perspectives to the challenges of road application.

Takeaways from the December 18 webinar

Here’s what you need to consider — and what the webinar explains in detail — to use multi-constellation, multi-frequency GNSS chipsets, with the new signals at L5, to provide safe and assured lane-level positioning:

These engineers understand the entire signal chain from antenna to receiver to protection limits, and how everything works together. 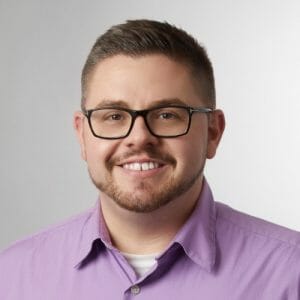 Kevin Doherty is team lead, technical sales for NovAtel and Hexagon Positioning Intelligence. With the company since 2013, he maintains close contact with the Applications Engineering subdivision, where he previously worked as automotive and safety critical systems team lead. He has deep knowledge of the SPAN Ground Truth Reference Systems and Autonomous Driving including use of correction services, sensor fusion, and positioning for absolute vehicle localization. He has extensive experience and international travel assisting customers in vehicle-to-vehicle (V2V), vehicle-to-infrastructure (V2X), and various advanced driver assistance systems (ADAS) applications. He holds a B.Sc. in geomatics engineering from the University of Calgary, with a technology stream focus: navigation, GIS, photogrammetry and programming. 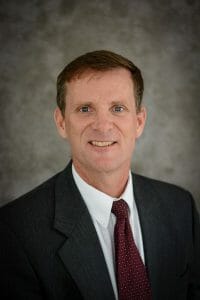 Curtis Hay is a Technical Fellow at General Motors. In this role he develops precise GNSS, vehicle-to-vehicle, and map technologies to enable safe and reliable operation of automated vehicles. Curtis also led the team responsible for launching GM’s 4G LTE connectivity in North America, Europe and China. Prior to joining General Motors, Curtis served as an officer in the US Air Force for eight years where he developed GPS technology for precision weapons, performed satellite launch planning, and managed the GPS Accuracy Improvement Initiative. Curtis also developed precision GPS equipment to automate farm and construction vehicles while at John Deere He has delivered papers and speeches at several international conferences, and previously appeared on a 2018 Inside GNSS webinar panel, “Beyond GNSS: Testing Solutions for Autonomous Vehicles and Robotics.”

Kaz Gunning is a Ph.D. candidate in the GPS Research Laboratory of the 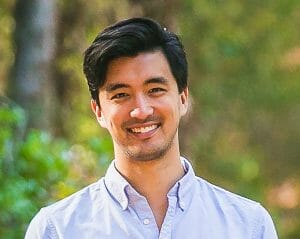 Department of Aeronautics and Astronautics at Stanford University. Prior to joining the Lab in 2015, he worked for Booz Allen Hamilton in the GPS Systems Engineering and Integration group, doing modeling and simulation of the next-generation GPS Control Segment and software-defined receiver work, looking at the GPS III waveform. He has a B.S. and an M.S. from Stanford. He presented a paper on his recent research at the ION GNSS+ 2019 conference, “Integrity for Tightly Coupled PPP and IMU,” leading to improved solutions and protection-level continuity.