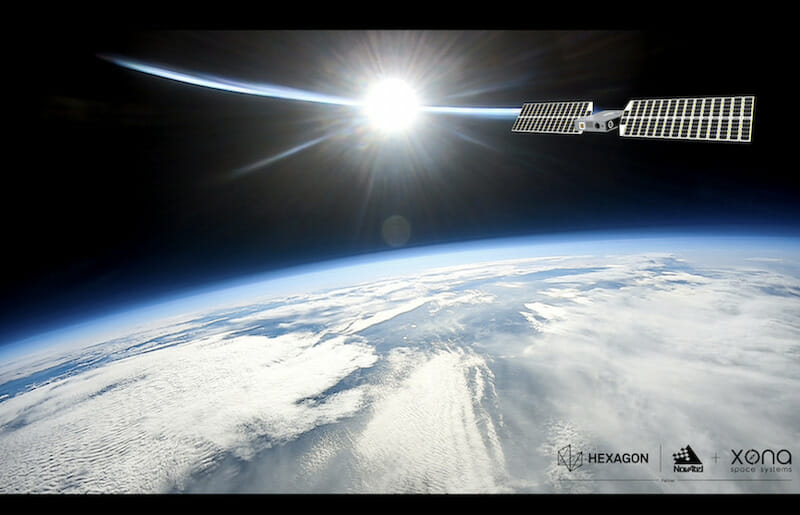 Hexagon | NovAtel has signed a Memorandum of Understanding (MoU) with Xona to collaborate in developing PNT for the new LEO constellation.

LEO constellations, according to NovAtel, “offer a new avenue of assuring PNT by providing stronger signals with satellites closer to the Earth and improved positioning accuracy with rapidly changing geometry.”

Adding constellations with a large number of satellites improves visibility in situations where parts of the sky are obstructed, and also helps protect against spoofing and jamming. To build resilience against malicious interference, Xona’s constellation will transmit encrypted signals on two frequencies, both offering authentication. The PNT signals will use NIST standardized Advanced Encryption Standard (AES) algorithms and Elliptic Curve Digital Signature Algorithm (ECDSA) for code and data authentication.

“This agreement accelerates the future of alternative PNT,” said Sandy Kennedy, vice president of innovation at Hexagon’s Autonomy & Positioning division. “Our collaboration will demonstrate the complete assured PNT ecosystem that Xona has envisioned and NovAtel is very excited to be part of.”

Named Huginn and Muninn, Xona’s demonstration missions are the first step toward deploying Pulsar, Xona’s commercial PNT service, co-founder and CTO Tyler Reid wrote in a paper that appeared in Inside GNSS. The first, Huginn, will broadcast navigation signals in L-band and C-band, providing ranging and navigation data, including corrections for GNSS.

Huginn is software re-programmable, offering a flexible payload on orbit, enabling the team to test additional advanced capabilities as well.

Pulsar, in its ultimate form, embodies a LEO constellation of several hundred satellites, delivering GPS-level satellite visibility and geometry and full PNT services that are precise and secure, Reid wrote. The service will be deployed via a phased roll out plan.

“Precise and robust PNT forms the foundation for safe operation of modern applications such as automotive and autonomy,” XONA CEO Brian Manning said. “We are thrilled to be collaborating with NovAtel to demonstrate the benefits that our combined technologies can bring to these markets and many more.”

Xona and NovAtel will present these innovations in assured PNT and the future of GNSS at the Autonomy & Positioning Reality Summit during HxGN LIVE Global in Las Vegas June 20 to 23.