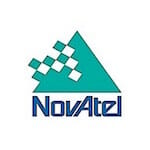 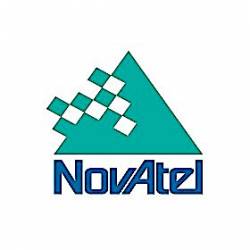 This free web seminar from Inside GNSS and NovAtel features a PNT security technologist at Spirent Communications, an official with the U.S. Coast Guard Navigation Center and the Civil GPS Service Interface Committee (CGSIC), and a signal expert now on the faculty of the aerospace engineering department at the University of Illinois.

Our moderator Demoz Gebre-Egziabher and the three speakers will cover interference sources and signal types, mitigation approaches for receiver designs, and program and policy efforts now underway to improve interference detection and mitigation.

The live event includes real-time question and answer sessions with the panelists. Registration is required. Those who are unable to participate in the live event may access a webinar recording later.

GUY BUESNEL is a PNT security technologist for Spirent Communications with more than 16 years’ experience in protecting GNSS receivers from emerging threats. He started his career as a systems engineer involved in the development of GPS adaptive antenna systems at Raytheon Systems Limited in the UK and later spent time at Rockwell Collins UK as lead systems engineer – European GNSS. Buesnel also advised UK businesses on GNSS vulnerabilities during a spell at the Satellite Applications Catapult, before joining Spirent’s Robust Positioning Navigation and Timing group in 2014. He was awarded his M.Sc. (Eng) in communications engineering from the University of Birmingham and his B.Sc. (Hons) in physics with atmospheric physics from the University of Wales Aberytstwyth. Buesnel was elected a Fellow of the Royal Institute of Navigation in 2015 in recognition of his contributions to the field of GNSS vulnerabilities.

RICK HAMILTON retired as a U.S. Coast Guard master chief quartermaster after 28 years of active duty. As a civilian, he returned to the Coast Guard as Executive Secretariat for the U.S. government’s Civil GPS Service Interface Committee (CGSIC). Hamilton serves as GPS Information Analysis Team Lead at the U.S. Coast Guard Navigation Center working directly with the Air Force Second Space Operations Squadron for provision of civil GPS services in information dissemination and response to GPS problem reports. He is a member of the U.S. delegation and an associate member of the International Committee on Global Navigation Satellite Systems (ICG), representing the CGSIC and the Department of Homeland Security (DHS). He is Co-Chair of the ICG’s Interference Detection and Mitigation Task Force.

GRACE XINGXIN GAO is an assistant professor in the Aerospace Engineering Department at University of Illinois at Urbana-Champaign. She obtained her Ph.D. degree in electrical engineering from the GPS Laboratory at Stanford University in 2008. Before joining Illinois at Urbana-Champaign as an assistant professor in 2012, Gao was a research associate at Stanford University. She has won a number of awards, including RTCA William E. Jackson Award and Institute of Navigation Early Achievement Award. She has won Best Paper/Presentation of the Session Awards nine times at ION GNSS+ conferences.

DEMOZ GEBRE-EGZIABHER is an associate professor of aerospace engineering and mechanics at University of Minnesota-Twin Cities, USA. His research deals with the design of mutlti-sensor navigation and attitude determination systems for aerospace vehicles. Recently his work has focused on multi-sensor solutions for operations in GNSS-stressed and -denied environments.