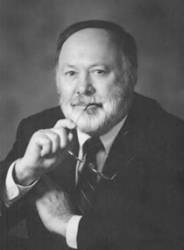 The world’s GNSS systems are entering a phase of transformation — modernization of existing systems (the U.S. Global Positioning System and Russia’s GLONASS) and development of new systems (China’s BeiDou and Europe’s Galileo) that benefit from the lessons learned from the original GNSSs.

Notable among the modernization initiatives is an interest in implementing new satellite signal designs. These include the GPS L5, L2C, and L1C signals as well as those signals designed for Galileo and BeiDou. GLONASS designers are also working on modernized signals.

The world’s GNSS systems are entering a phase of transformation — modernization of existing systems (the U.S. Global Positioning System and Russia’s GLONASS) and development of new systems (China’s BeiDou and Europe’s Galileo) that benefit from the lessons learned from the original GNSSs.

Notable among the modernization initiatives is an interest in implementing new satellite signal designs. These include the GPS L5, L2C, and L1C signals as well as those signals designed for Galileo and BeiDou. GLONASS designers are also working on modernized signals.

In many cases, these new signals adopt or build on features designed and being introduced as part of the modernization of GPS, the first and still most widely used GNSS. Among others, these include such innovations as higher transmit power to improve reception under challenging conditions, longer codes for a better cross-correlation between satellites signals, data-less pilot channels that facilitate long integrations and improve the sensitivity threshold, and secondary codes — short pseudorandom noise (PRN) codes to simplify the data synchronization.

A unique cooperative agreement signed in 2004 between the United States and the European Union calls for common use of a binary offset carrier (BOC) modulation at 1575.42 MHz. Under this agreement, Galileo and GPS system operators (the European Space Agency and the U.S. Air Force, respectively) are implementing two different versions of a multiplexed BOC(6,1,1/11) signal.

Although currently operating as a regional system, the Phase III plan for the BeiDou B1 civil signal also calls for shifting to the L1 frequency centered at 1575.42 MHz and transmitting a multiplex binary offset carrier (MBOC 6,1,1/11) modulation similar to the modernized GPS civil signal (L1C) and the Galileo L1 Open Service signal.

GLONASS says it will introduce CDMA signals at 1575.42 MHz, which has emerged as the common frequency for current and future civil signals, in place of the frequency division multiple access signals currently transmitted at higher frequencies. But the new signals’ specifications, including such parameters as data rate and signal structure, are still under development.

We asked A. J. Van Dierendonck, one of the pioneers in GPS system development with 40 years in the satellite navigation field, to comment on some of the innovations seen in these new signals. Dr. Van Dierendonck is a codeveloper of the L5 signal structure that will be carried by the GPS spacecraft beginning with the Block IIFs now being launched. He also participates in the US/ EU bilateral discussions that take place under the auspices of the 2004 agreement.

IGM: More recent GNSS signals have adopted a variety of features not used in earlier signal designs — such as longer codes, higher data rates, message error detection and control methods, use of pilot channels, multiplexing, and so forth. What do you think have been the most important improvements and what benefits have they brought?

VAN DIERENDONCK: Some of these improvements were introduced first in the L5 signal design, although L2C was the first modernized signal to be implemented. The longer codes reduce the amount of self-code interference and cross-correlation, and thus, increase tracking margin. Acquisition margin is also increased, but with the penalty of the time it takes to search the longer code. Modern receivers will overcome that with the implementation of more correlators or channels.

Higher data rates were not introduced on L2C or L5. In fact, the data rate on L2C is cut in half in order to make up for implementing the pilot channel. (More on that later.) Galileo has increased the data rate on their E1 and E5b channels, but only to provide integrity data (which, so far hasn’t been implemented, and may never be). Higher data rates reduce tracking margin; so, if the higher rates are not needed, it is better that they are not implemented.

GPS has always had message error detection (called message parity), although it is not very strong. Aviation has made up for it by requiring that the message be collected twice (and be in agreement) before it can be used. The error detection (forward error correction or FEC) on the L5 and L2C signals is strong enough without the extra message collection. This error correction only improves the data collection margin, but does not improve tracking margin. FEC was implemented on satellite-based augmentation system (SBAS) signals before being added to GPS.

A pilot channel is a common practice in communication systems to improve signal tracking, but still retain a good data capability. It was introduced into the L5 signal design by Tom Stansell and Charlie Cahn as a quadrature channel. However, pilot channels have limitations. The extra channel steals power from the data channel. In the case of L5, we had the possibility to define signal power requirements, although these were not fully implemented of the Block IIF satellites (–154.9 dBW min instead of –154 dBW min). The desired power will be implemented on the Block III satellites.

The pilot channel does not have the same PRN code as the data channel. Thus, tracking can be completely independent. However, normally pilot-channel tracking is more robust (because of the possible narrower pre-detection bandwidth); so, it can be used to aid data channel tracking.

In the case of L2C, the PRN code on the data channel is a much shorter code to provide faster acquisition. On L1C, the power split is 3/4 on the Pilot and 1/4 on the data channel, for more robust tracking in challenged environments. These challenge environments usually get the data messages via another means, such as via the internet or Bluetooth, and thus, the motivation for more power on the pilot channel. Obviously, this is not possible in aviation applications and via SBAS.

The multiplexed BOC(6,1) signal added at the Galileo and GPS L1 frequency also steals power from those signals. Its purpose was to provide some signal in an additional GPS military Mcode null. GPS L1C does the same thing, providing the same spectrum but implemented differently. For the Galileo design, the (6,1) signal is added to the (BOC1,1) signal and can only be deleted by filtering. In the GPS design, higher rate code bits are multiplexed into the BOC(1,1) code to provide a TDMA version (TMBOC). These extra bits can be blanked with less loss.

Receivers can be designed to ignore the multiplexed signal, but in the case of Galileo, the power in that part of the signal spectrum is also lost. So, I don’t think that the benefit justifies the loss of power and the extra complexity.

IGM: What features in new GNSS signals have helped improve receivers’ performance in the presence of multipath? Of RF interference?

VAN DIERENDONCK: Higher chipping rates are usually associated with longer codes. However, that doesn’t necessarily increase performance in the presence of multipath unless there is also an increase in transmitted (and received) bandwidth. The big advantage of higher chipping rates is that the receivers can be implemented with narrower correlators (in terms of seconds, not chips).

The first receiver implemented that way used the C/A code. That worked so well because the signal transmit bandwidth was 20 megahertz or more, at least 20 times the C/A code chipping rate, allowing a correlator spacing as narrow as 0.05 chips. But that is only half a P-code chip or an L5 chip, Thus, the multipath performance of the P code or the L5 code tracking would be just as good using 1/2 chip spacing.

In other words, not much in the new signals has or will improve multipath performance.