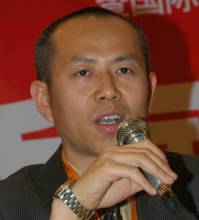 At a news media conference in Beijing on the first anniversary of the BeiDou Navigation Satellite System (BDS) declaration of full operational capability (FOC) for its regional service, officials reported on the current performance of China’s GNSS system.

At a news media conference in Beijing on the first anniversary of the BeiDou Navigation Satellite System (BDS) declaration of full operational capability (FOC) for its regional service, officials reported on the current performance of China’s GNSS system.

“For example,” he said, “in Beijing, Zhengzhou, Xi’an, Urumqi, and other cities, the positioning accuracy can reach seven meters; in some areas with low geographic latitude, such as ASEAN countries, the positioning accuracy can reach 5 meters.”
Meanwhile, the third phase of BDS development is under way, with improved BeiDou satellites planned for launch this year. The target for global BDS coverage is still “about 2020.”

"BDS has entered an era of multi-frequency applications, and become the first system that possesses two civil navigation signal frequencies with full service capability,” Ran said. “With the publication of the ICD (version 2.0), domestic and international enterprises can develop dual-frequency, high-precision BDS receivers, to enable the users enjoy navigation services with higher accuracy.”

BeiDou satellites transmit two different navigation messages, depending on the type of spacecraft. The BeiDou MEO/IGSOs transmit the D1 NAV message and its GEO satellites, D2. The D1 message contains fundamental navigation information such as the almanac data for all satellites as well as the time offsets from other GNSS systems, the while D2 NAV message contains both the basic NAV information as well as augmentation service data (BDS integrity, differential, and ionospheric grid information).

The different messages reflect the fact that BDS has a satellite-based augmentation system (SBAS) built into its fundamental design, unlike other SBASs such as the U.S. Wide Area Augmentation System (WAAS) and the European Geostationary Navigation Overlay Service (EGNOS), which are operated as separate infrastructures by other organizations, the Federal Aviation Administration and the European Satellite Services Provider (ESSP), respectively.

The second document, the BDS Performance Standard, codifies and “enhanced and enriched” open service performance specifications published in 2012 “in accordance with international common practices” and “to meet with requirements for BDS to join international organizations, such as ICAO and IMO,” Ran said.

Industry, Policy Developments
The press conference also described some of the official efforts to build China’s GNSS industry and promote BDS applications. In September, the State Council released the “National Program for Medium and Long-term Satellite Navigation Industry Development,” which set forth the overall long-term planning for China’s satellite navigation industry from the national level.

“A complete application industry chain has been formed, which consists of fundamental products, user terminals, system applications and operating services,” said Ran. “All-round breakthroughs have been made in some key technical areas, such as BDS core chips and modules. The performance of domestic products is comparable to that of international products in the same class.”

Currently, the Chinese officials said, the National Development and Reform Commission, Ministry of Science and Technology, Ministry of Industry and Information Technology, and other government agencies are collaborating to work out a new guidance, “Some Opinions on Promoting the Development of BeiDou Satellite Navigation Industry,” to further provide policy guarantees for development of BDS-related industries.