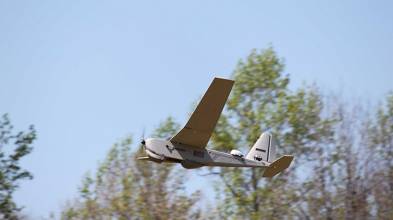 The Virginia firm that had been hoping to use satellite frequencies near the GPS band to support a terrestrial broadband network has changed its pitch to regulators. Ligado, previously named LightSquared, is working to convince the Federal Communications Commission (FCC) that its frequencies are the way to provide connectivity to the broad internet of things (IoT) including unmanned aircraft, driverless cars and other unmanned systems.

The Virginia firm that had been hoping to use satellite frequencies near the GPS band to support a terrestrial broadband network has changed its pitch to regulators. Ligado, previously named LightSquared, is working to convince the Federal Communications Commission (FCC) that its frequencies are the way to provide connectivity to the broad internet of things (IoT) including unmanned aircraft, driverless cars and other unmanned systems.

The still relatively new and extremely promising unmanned sector is in need of spectrum, most importantly to handle command and control (C2) for what could be hundreds of thousands, if not millions, of autonomous and semi-autonomous devices. Ligado is proposing to use its terrestrial network in close combination with its SkyTerra 1 satellite to address C2 as well support the transmission of the enormous amount of data expected to be generated by unmanned devices, including the sensor-laden cars now under development.

"FCC approval of Ligado’s license modification applications would not only promote American innovation and leadership in 5G," the firm wrote in an April 6 letter to the FCC, "but would generate hundreds of millions of dollars in private investment in infrastructure and thousands of American jobs."

Ligado has been conducting tests with AeroVironment and with Dominion Virginia Power, most recently to demonstrate that it could provide connectivity for power-line inspection with its satellite as well as through a terrestrial connection using the 1670-1,675 MHz band it hopes to get approved. It also demonstrated connecting using unlicensed 2.4-GHz wireless spectrum. Ligado and the Harris Corporation have also announced that they have formed a collaborative partnership to enable beyond visual line-of-sight operations for unmanned aircraft systems. They are planning to do demonstrations in both North Dakota and Louisiana.

Change?
In that April 6 letter Ligado also made an interesting offer.

The proposal to protect all GPS receivers also would seem to be a marked change — but it is not yet clear what the company means by "protect." The firm has insisted that its terrestrial network can co-exist with GPS — but that assertion has relied in part on redefining what constitutes interference. Ligado has argued that it should be a change in the position error that is used as the yardstick and not the internationally accepted metric of a one-decibel (1 dB) degradation in C/N0, the carrier-to-noise power density ratio. Position error favors does not reflect the full risk to GPS service.

Inside GNSS reached out to Ligado but was unable to clarify as of press time whether the April 6 proposal reflected a change in Ligado’s approach or was a restatement of its previous position.

Thinking Positive
In describing its new terrestrial vision the firm has been upbeat about its prospects of winning approval from the FCC.

“All the technical obstacles have been cleared and [the FCC] is dotting the i’s and crossing the t’s,” Tamara Casey, Ligado’s chief technology officer, told Aviation Week in April.

Ligado is seeking to use the bands 1526-1536 MHz, 1627.5-1637.5 MHz, and 1646.5-1656.6 MHz and the five megahertz from 1670.0 to 1675.0 MHz — the latter being the band used in the Dominion tests. Ligado is asking to share that small band in consideration of its decision to abandon using the frequencies from 1545 to 1555 MHz. (Casey noted in the Aviation Week article that Ligado did not give up using that band altogether, just for terrestrial services. It still plans to use the band for satellite services.)

The firm’s optimism may be boosted by the May 18 nomination of David Redl to head the National Telecommunications and Information Administration (NTIA) as the assistant secretary for communications and information. NTIA played a key role in the February 2012 decision to put Ligado’s original plan on hold.

Redl’s roots are in wireless. He started his career at CTIA — The Wireless Association where he was director of regulatory affairs and "focused on spectrum policy, wireless broadband, and reducing regulatory mandates," according to the White House announcement. Redl is now chief counsel for communications and technology on the House Committee on Energy and Commerce, which he joined in February 2011, according to his LinkedIn profile.

Energy and Commerce is chaired by Rep. Greg Walden, R-Oregon. Walden and the committee’s former chair, Rep. Fred Upton, R-Michigan, launched an effort in 2014 to rewrite the Communications Act of 1934. At the time, finding more frequencies for commercial use was near the top of their to-do list. Upton, who ran into a term limit as chair, is still a member of Energy and Commerce. He now chairs the Energy Subcommittee.