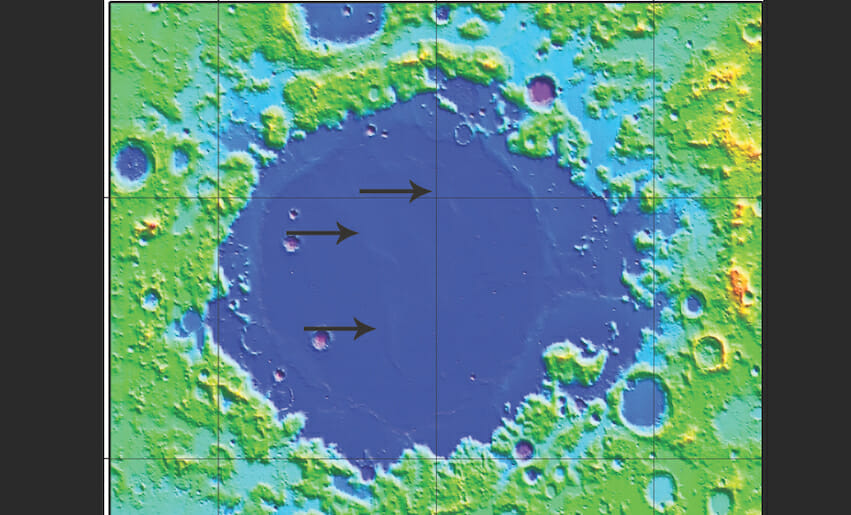 A 2023 lander in the moon’s Mare Crisium will carry the first GNSS receiver to that planet’s surface: the Navigation Early Investigation on Lunar surface (NEIL) receiver with software-defined radio (SDR) technology. The receiver will spring from agreements between the U.S. National Aeronautics and Space Administration (NASA), the Italian Space Agency (ASI) and the Italian firm Qascom srl.

The Qascom receiver will be part of the on-board payload of the Lunar GNSS Receiver Experiment (LuGRE), defined in the ASI / NASA agreement, which aims to develop an activity in a lunar and cislunar environment. LuGRE will fly on one of NASA’s Commercial Lunar Payload Services (CLPS) missions. The mission will also bring 9 other scientific and technological experiments to the Moon. Scheduled for the end of 2023, it will be launched with a Falcon 9 carrier from the Space X company.

Qascom will develop a GNSS reception system for ASI, consisting of a dual-frequency and dual-constellation receiver and the entire signal reception chain (antenna, LNA, filters), capable of supporting the extreme conditions of the moon. The system will be integrated aboard NASA’s Blue Ghost lunar lander in early 2022. The weak signals from the side lobes of the GPS and Galileo satellite antennas (not designed to be used outside the Earth) will be processed with specific algorithms, allowing for positioning. space and time, albeit with reduced accuracy, while cruising to the Moon, in lunar orbit and on the surface of the Moon itself.

For the first time in history, almost 400,000 km away, positioning will be tested with both GPS and Galileo systems. Currently the records in calculating the position of a spacecraft using GNSS satellites stands at 200,000 km, reached  by NASA in 2019 with the four Magnetospheric Multiscale (MMS) spacecraft. MMS’ success indicated that spacecraft may be able to navigate via GNSS as far away as the moon, which will prove important to the Gateway, a planned space station in lunar orbit.

The collaboration between the Italian Space Agency and NASA in the navigation sector ultimately points toward future colonization of the moon and later of Mars. NEIL constitutes an important step, both on a technical and scientific level, for future lunar missions, as it will allow us to understand how GPS and Galileo can be exploited on the Moon for positioning and time of the lunar orbiting station (Gateway), for the constellations of lunar satellites, the Artemis programs . The raw data collected and processed will be made available to the scientific community to study the lunar and cislunar environment and evaluate the future use of GNSS and its evolutions to support permanent missions. The Artemis generation of lunar explorers will establish a sustained human presence on the Moon, prospecting for resources, making revolutionary discoveries, and proving technologies key to future deep space exploration.

Mare Crisium is visible from Earth with the naked eye as a small dark spot on the edge of the Moon’s face. It is also the location of Luna City, a fictional city featured in the science fiction novel “The Moon is a Harsh Mistress,” by Robert Heinlein.

NEIL was also named in honor of Neil Armstrong, the first human to touch lunar soil.