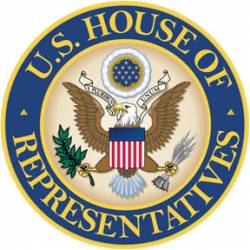 The House Appropriations Committee has made a series of cuts to GPS programs that, if agreed to by the Senate, suggest an overall slowdown in the pace of GPS modernization.

While lawmakers on the House Authorization Committee agreed to the full amount of each of the president’s GPS-related requests, their counterparts on the Appropriations Committee cut a total of just over 9 percent from the total budget request for GPS spacecraft, ground systems, and user equipment.

The House Appropriations Committee has made a series of cuts to GPS programs that, if agreed to by the Senate, suggest an overall slowdown in the pace of GPS modernization.

While lawmakers on the House Authorization Committee agreed to the full amount of each of the president’s GPS-related requests, their counterparts on the Appropriations Committee cut a total of just over 9 percent from the total budget request for GPS spacecraft, ground systems, and user equipment.

The biggest cut came in the GPS Block III satellite program where committee members slashed  $44.167 million or 60 percent from advance procurement for the 9th and 10th spacecraft. The original request for fiscal year 2014 (FY14) was for $74.167 million.

If approved by the Senate, the reduction in the total FY14 budget for nearer-term and advanced satellite procurement would drop spending from $477.598 million down to $433.431 million. That is a far cry from the $492.910 million requested and approved for FY13.

The reason given for the advanced procurement squeeze was that the money was requested “ahead of need,” according to a draft of the report that accompanies the appropriations bill.

The report gives the same reason for shaving $15 million from the $221.276 requested for Research, Development, Testing and Evaluation (RTD&E). Although the reduction to the research budget is much smaller, it may provide greater insight into the program’s future.

GPS program managers are currently looking at a wide range of changes aimed at substantially reducing the constellation’s overall cost. They have already revised upward by an average of two years their estimates of the useful life of the current operational satellites — thereby enabling the program to slow replacement of the aging spacecraft already on orbit.

Nibbling Away
The managers are also looking at a fundamental redesign of the satellites, scaling them back to a stripped-down form that would no longer carry the nuclear detection payload. These lean NavSats or NibbleSats (named because they incorporate a collection of small changes that “nibble” away the cost problem) could be launched in clusters of two to four spacecraft.

The lean NavSats might carry fewer signals and would likely incorporate a variety of new technology that would improve the power efficiency thereby cutting the heat generated and the need for shielding — cutting the cost of each spacecraft. RTD&E funding supports research that matures such technologies and helps reduce the risk of incorporating them into the program

One of the key changes to be specifically funded by the FY14 RTD&E money is research supporting dual launch — the ability to launch two GPS satellites at a time. Dual launch, which will require changes to both the spacecraft and the launch vehicle, is critical to maintaining the capabilities of the constellation, sources have told Inside GNSS.

Fortunately the committee’s cuts were not altogether unexpected, said a GPS insider who is familiar with the budget wrangling.

“There was some anticipation is that this could happen — so there were some adjustments made to accommodate it,” the expert said.

Even so, the cuts pose a risk that the first flight of GPS III could be postponed, the source said, which means that the opportunity to do on-orbit testing would be delayed. That, in turn, could mean that additional GPS III satellites could be built before the first one is tested — leaving no opportunity to incorporate fixes during construction of those spacecraft.

“Because there are so many potential technical issues, especially on the [new ground segment], everyone wants breathing room,” said the expert. “They want to get [the launch] done as soon as possible.”

Unfortunately, the FY14 budget for ground segment was also cut. The money for the Next Generation GPS Operational Control System (OCX) was reduced by $18 million because the committee felt there was “excessive growth in FFRDC support.”

FFRDCs or Federally Funded Research and Development Centers, are nonprofit research organizations funded by the government to support federal programs. The MITRE Corporation and The Aerospace Corporation support the GPS Directorate, which acts as a system integrator between the ground and space segments.

Even though the overall cut was relatively small, the GPS Directorate “won’t work as well without that kind of (FFRDC) support,” said another insider, “It is an absolutely necessary function.”