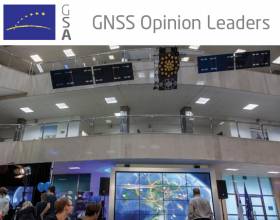 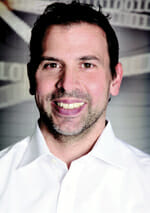 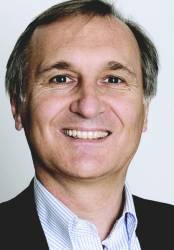 “Using multiple GNSS can significantly enhance signal acquisition, satellite visibility, spatial geometry and measurement redundancy,” said Bernhard Richter, Leica Geosystems GNSS business director. “We have always been about multi- GNSS and multi-frequency. Our users are not asking what ‘kind’ of position we give them; they are saying ‘Give us the best possible position’, period.”

We spoke to Richter about his company’s habit of pushing technological boundaries in the service of its very real-world clients.

“It was volatile technologies back in the 80s,” he recalled, “back when it all started, when you had GPS and you had to work out how to track the L2P; that was a big job. And when you’d figured that out, here comes GLONASS, which wasn’t a reliable system at that time— you couldn’t fully rely on many things, the clocks, the orbits, etc. On top of that you had FDMA instead of CDMA and it was a hell of a job to solve all the biases.”

Understanding and incorporating GLONASS was not easy work, but it gave Leica Geosystems valuable experience in how to combine different GNSS within a single functioning receiver system, to deliver better results than could be achieved with either system alone.

Then Came Galileo
“We brought GLONASS to market in 2006,” Richter said. “After that, it was absolutely clear the next step was Galileo. The EU promised us a system, and there was a timeframe, so we wanted to be ready. We had products on the market in 2009 that were Galileo-capable—E1, E5a, E5b and even Alt-BOC. We had the hardware. The only thing we didn’t have was the E6. And most of our products that you’ve been buying since 2009 can be software upgraded for full Galileo-capability.”

For Richter and crew, it was a no-brainer. “We didn’t even ask ourselves the question, ‘Do we need Galileo or do we not need Galileo?’,” he said. “It was always clear. Galileo helps you to deliver a better position, so if you want to play the high-precision game, you really have to support it.” Everyone was on board, he said, at Leica Geosystems, at Hexagon, at NovAtel.

One thing that surprises a lot of people, is that with comparable constellations, the Galileo-only positioning fares very well.

“The thing is it’s just more modern signals,” he said; “So more signals, better multipath characteristics and all stronger than GPS L2 give you the better position at the end of the day. GPS is still considered the gold standard, for various reasons, but in terms of the Galileo signal structure, the code…the orbits are already very good, so when we look at a comparable situation—six Galileo satellites in view versus six GPS satellites in view—we have frequently a more precise position with Galileo.”

A powerful addition, then, to anyone’s GNSS arsenal, but Galileo doesn’t require a whole new skill set. “The Galileo project was really easy,” Richter said. “We started in 2005, looking at the basic design of the first Galileo. From there, we pretty much understood our tasks and we finished on time.

“It wasn’t a finalized ICD (Interface Control Documents) but it’s all clearly defined what they’re doing, how the modulation looks, you know what to do. It really is a straightforward job, with fairly little risk around your investment decision. With GLONASS it was more or less the opposite.”

Richter also points out another key Galileo differentiator: “With multi-path mitigation, it has the best multi-path resistant output signal, so that’s really handy, really helpful in difficult environments, like in urban canyons.”

With the declaration of Galileo initial services last December, European space partners the European Commission, the European Space Agency (ESA) and the European GNSS Agency (GSA), ushered in a new era in satellite-based navigation and positioning.

“The people from the GSA and ESA are really fantastic,” Richter said. “It’s a great achievement. I can tell you we are all feeling very confident. I was there when they pressed the red button in Brussels, and I’m still a little proud to be European right now.”

End Users Are the Ultimate Winners
Every segment, from lower-precision to high-precision, the whole variety of users, can only benefit from Galileo. “I can’t see why Galileo wouldn’t benefit everybody across the board. It will just make everybody’s performance better.

“And combined GNSS is such an easy tool to operate. Our software is so simple, you can explain it to a 10-year-old using a smartphone and get precise measurements.” Indeed, he said, ease of use is one of Leica Geosystems’ key priorities.

“It’s all about reality capture,” Richter said. “You need to remember, in the ’80s we were measuring maybe 2 to 10 points per day with GPS post processing. Now we measure up to a million points a second with scanners—you capture the reality with a mobile scanner and you have the absolute reference through GNSS.”

In order to increase the number of users that can afford that type of technology, Leica Geosystems, like much of the industry, is looking for ways to make it smaller, lighter and more affordable.

“You need all the bits and pieces, the sensor fusion, to get there,” Richter said. “We benefit from consumer goods. We start fusing affordable IMUs with GNSS and can deliver additional benefits such as tilt compensation. For me that’s just the beginning of sensor fusion. With regards to GNSS, the fusion of all global and regional navigation satellite systems is natural since it does not significantly drive up the receivers’ costs and only adds benefits—it won’t be a question of “Galileo, yes or no”, it will just be there.”

“Today especially, our algorithms have to be smart,” Richter said. “We call it ‘self-learning GNSS’. We can really adapt to the situation on the fly and take whatever is best. Spider can select the best satellites in view based on geometry and signal strength and provide the best possible position to the customer.”

The company is clearly all-in when it comes to maximal exploitation of all available GNSS. Richter said he sees widespread availability of centimeter-accuracy positioning, everywhere, in the very near future. “It’s very exciting, what we’re trying to achieve here. It’s happening,” he said.

The GSA has been always ready to support the RX manufacturers through different initiatives, such as workshops on Galileo’s status, funding schemes and “facilitating networking and acting like a platform of interaction between the different actors at the value chain.”