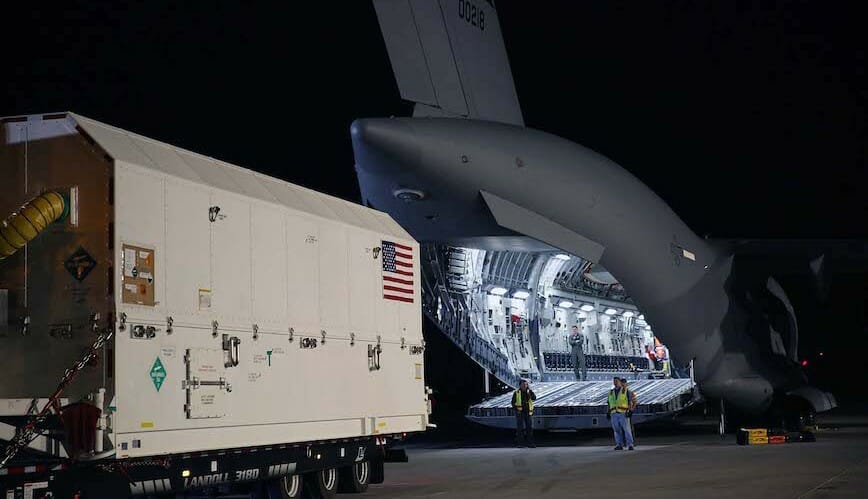 All 22 GPS Block IIR-M, IIF and III space vehicles currently on orbit broadcast the encrypted M-Code signals, enhancing anti-jam and anti-spoof capabilities for the warfighter. on The installs were completed

The MCEU upgrade allows the OCS Architecture Evolution Plan to task, upload and monitor M-Code within the GPS constellation, as well as support testing and fielding of modernized user equipment. MCEU will be in a trial period prior to Operational Acceptance in November 2020. Once Operational Acceptance is granted, upcoming Military Ground User Equipment (MGUE) will be able to leverage the M-Code signal-in-space to provide more secure position, navigation and timing (PNT) to warfighters.

MCEU serves as a gap filler for M-Code operations prior to the entire GPS constellation’s operational transition to the Next Generation Operational Control System Block 1, which is now in development.

A key to enabling M-Code is a new software-defined receiver currently being installed at all six Space Force Monitoring Sites. The M-Code Monitor Station Technology Improvement and Capability receiver, as it is called, uses a commercial, off-the-shelf hardware to cost effectively receive and process M-Code signals, enabling OCS operators to monitor the M-Code signals.

The fourth GPS III satellite arrived at Cape Canaveral Air Force Station, Florida on July 14, aboard a C-17 Globemaster III that brought it from the Lockheed Martin satellite assembly facility in Waterton, Colorado.

Its delivery starts the clock for final testing and checkout, encapsulation in a protective fairing and horizontal integration aboard a SpaceX Falcon 9 launch vehicle. Launch is scheduled for September 2020.

The third GPS III satellite, launched on June 30, received the U.S. Space Force’s Operational Acceptance approval on July 27.  It was part of the first U.S. national security space mission where the first stage of the booster rocket and the fairings were successfully recovered, destined for re-use.