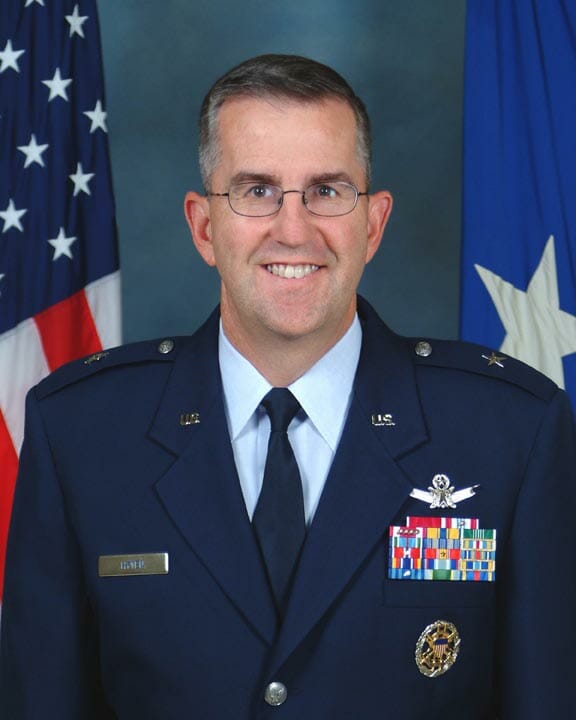 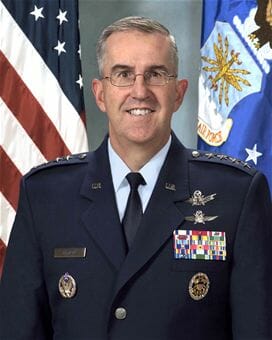 As commander of AFSPC, Hyten is now responsible for organizing, equipping, training, and maintaining mission-ready space and cyberspace forces and capabilities for North American Aerospace Defense Command, U.S. Strategic Command and other combatant commands around the world. AFSPC also oversees the Space and Missile Systems Center, including the GPS Directorate, at Los Angeles Air Force Base.

Hyten’s career includes assignments in a variety of space acquisition and operations positions. He served in senior engineering positions on both Air Force and Army anti-satellite weapon system programs. He became AFSPC Commander after serving as vice commander.

The general’s staff assignments include tours with the Air Force Secretariat, the Air Staff, the Joint Staff and the Commander’s Action Group at Headquarters Air Force Space Command as Director. He served as mission director in Cheyenne Mountain Air Force Station and was the last active-duty commander of the 6th Space Operations Squadron at Offutt AFB, Neb.

In 2006, he deployed to southwest Asia as Director of Space Forces for operations Enduring Freedom and Iraqi Freedom. Hyten commanded the 595th Space Group and the 50th Space Wing at Schriever AFB, Colorado, which is responsible for GPS satellite operations. Prior to assuming his current position, he served as director, for space programs in the Office of the Assistant Secretary of the Air Force for Acquisition, Washington, D.C.

Hyten attended Harvard University on an Air Force Reserve Officer Training Corps scholarship and graduated in 1981 with a bachelor’s degree in engineering.