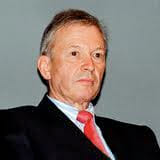 Paul Weissenberg of the European Commission’s Enterprise and Industry directorate

After years of arduous political navigation filled with delays and disappointments, Europe’s GNSS programs appear to have found firmer ground as it heads into a crucial deployment phase.

Today (November 30, 2011), the European Commission (EC) proposed a €7 billion (US$9.41 billion) allocation for Galileo and EGNOS in the European Union’s next budget cycle (2014–2020) and delegation of the programs “exploitation” to the European GNSS Agency (GSA) and the systems’ deployment, to the European Space Agency (ESA).

After years of arduous political navigation filled with delays and disappointments, Europe’s GNSS programs appear to have found firmer ground as it heads into a crucial deployment phase.

Today (November 30, 2011), the European Commission (EC) proposed a €7 billion (US$9.41 billion) allocation for Galileo and EGNOS in the European Union’s next budget cycle (2014–2020) and delegation of the programs “exploitation” to the European GNSS Agency (GSA) and the systems’ deployment, to the European Space Agency (ESA).

The funding level was the same as that suggested in an EC communication last summer, “A Budget for Europe 2020.” The proposal also appears to eliminate — at least for the time being — the long-held option of contracting with a private concessionaire to operate the system under a public-private partnership (PPP).

In recent months the programs have gotten some good news, after years of cost overruns, delays, and detours that knocked Galileo out of the running to become the second fully operational GNSS system after the Global Positioning System. Plans for a fully operational capability (FOC) constellation with 30 satellites in orbit by 2008 (then 2010, then 2014) gave way to an initial operational capability (IOC) with 18 satellites by 2012–2014 and FOC by 2019/2020.

On October 21, the first two in-orbit validation (IOV) Galileo satellites were launched successfully and improved control of costs have made approximately €200 million (US$269 million) available with in the current budget that ends in 2013. As a result, the EC has asked for bids on six to eight more satellites from OHB System AG, which won the initial contract to build 14 Galileo FOC spacecraft, and EADS Astrium, which built the IOV satellites. Bids are expected on December 1.

Meanwhile, a rigorous in-orbit test campaign involving the two IOV spacecraft began this month and will take around 90 days. On November 4, following completion of the Launch and Early Operations Phase, control of the satellites passed from the CNES French space agency centrer in Toulouse to the Galileo Control Center in Oberpfaffenhofen, Germany. Once the campaign is completed then oversight of the Galileo payloads will pass to Galileo’s second control centre, at Fucino in central Italy.

In recent comments, European Commission Vice-President Antonio Tajani backed the continued investment in the GNSS programs, saying, “All of this is taking place in a difficult economic context, but we believe this is precisely the moment to invest in space activities. This is an investment in unity and this is how Europe remains competitive. We cannot, we must not, allow unfavorable economic conditions to become an excuse for inaction in this vital sector.”

As EC staff noted in a working paper accompanying the communication, “The rationale for both projects is to reduce Europe’s dependency on third countries’ systems and to open up to EU industries the fast growing and strategically important market of satellite positioning services. . . .”

Aside from financing the system, the most significant development is probably the strong support being given for the GSA to manage the GNSS systems.

At the Hemicycle conference, General Director of DG Enterprise and Industry Paul Weissenberg said, “Our flagship space programs represent critical infrastructures and require the achievement of enormous technological challenges, but once these challenges have been met and these systems are operational, they become services, and these have to be managed.”

For Galileo, Weissenberg said, the Commission favors the GSA as operator. “We think the GSA could be the right choice to run Galileo,” adding that Galileo will be more than a simple management job. “The responsibility for the GSA will be great, if it is indeed to be the Galileo operator. Running the Galileo system will mean being fully accountable, and we still have other big questions to consider, including legal liability in the event of failure.”

GSA Executive Director Carlo des Dorides believes that the GSA is up to the task. He told the parliamentary conference audience, “The GSA has been at the heart of the launch of EGNOS operational services, and we are a central actor in the run-up to Galileo operational services. What is critical now is to recognize that we have real deadlines to deal with — we expect to see first operational Galileo service delivery by 2014; so, more than anything we need to have a clear and very rapid decision on who will run the operational Galileo system.”

Once Galileo is up and running, des Dorides says, a key priority will be close co-operation with ESA, to maintain strict continuity of service, but also with industrial partners and the user community.

The GSA also has responsibility for marketing Galileo applications to endusers and establishing the Galileo Security Monitoring Center. The latter facility is being set up in Prague, Czech Republic, to which the GSA as a whole will be moving, too.

In strongly endorsing today’s formal proposal on the subject, Tajani, who also responsible for EC Directorate-General for Industry and Entrepreneurship in which the programs’ political management resides, said, “A lot has been achieved by both Galileo and EGNOS. Looking to the bright future ahead, the key message of financial stability for these flagship programs is of paramount importance, so that European industry and citizens can reap all their benefits.”

He added, “Both Galileo and EGNOS are strongly contributing to our industrial competiveness and innovation in key sectors with great economic potential. The increase of our know-how satellite navigation technology and service will significantly support European industry in these difficult times.”

Support for the GNSS programs also appears strong in the European Parliament, which has sometimes had disagreements with the EC over the direction of the programs as the European Union’s institutional relationships evolve.

Last week, though, the parliament’s Committee on Industry, Research and Energy (ITRE) unanimously endorsed a report on the EC communication, “Towards a Space Strategy for the European Union that Benefits Its Citizens,” issued in April.

ITRE’s report said that the committee believes “that the financing plan to be adopted for Galileo needs to be such as to ensure that long-term needs are able to be met and continuity is provided, including with regard to operating and maintenance costs.”

Indeed, ITRE said that it “deplores the fact that no proposal has been made by the Commission to provide additional financing for this program by readjusting the current multiannual financial framework for 2014–2020,” adding that it “fears that the total costs of the project will exceed the Commission’s proposed €7 billion.”