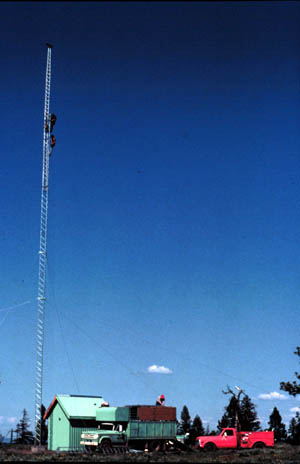 Ready for another round?

President Obama appears to have weighed in on the long-running Loran/eLoran debate — on the side of terminating the terrestrial radionavigation system and, apparently, its enhanced version that had been proposed as a backup to GPS.

Ready for another round?

President Obama appears to have weighed in on the long-running Loran/eLoran debate — on the side of terminating the terrestrial radionavigation system and, apparently, its enhanced version that had been proposed as a backup to GPS.

Specifically, Crea cited a passage from a section on potential savings across the federal government that proposed “the termination of outdated systems such as the terrestrial-based, long-range radionavigation (LORAN-C) operated by the U.S. Coast Guard resulting in an offset of $36 million in 2010 and $190 million over five years.”

During a question and answer period following his State of the Coast Guard address on March 3, the USCG Commandant, Admiral Thad Allen, was asked about the budgetary proposal that would “leave the nation without a primary backup to GPS.”

In his reply, Allen made a distinction between operating LORAN and a backup to GPS. “While one could be the other, it doesn’t necessarily have to be,” he said. “The policy decision was taken to terminate LORAN-C. Negotiations, discussions and outreach to stakeholders will continue for a requirement for a backup for GPS. Should that backup become eLORAN, that is something that will be addressed in the future.”

Noting that LORAN-C stations in Alaska are operating with 1960s vacuum-tube technology,” Allen called for an “up or down vote” on the system. Any requirements for a backup to GPS “need to be generated in the interagency [process],” Allen added, “and the Department of Homeland Security will have the lead on that effort.”

The Back Story
After efforts by several agencies to end the program in recent years, despite the recommendation of an Independent Assessment Team (IAT) that eLoran could serve as a backuup to GPS, the Department of Homeland Security (DHS) appeared to have embraced completing modernization of the system in former President Bush’s FY09 budget. (See the February 6 article on "2009 Budget Proposal Directs eLoran Implementation")

Language in the 2008 Federal Radionavigation Plan (FRP) released last month, however, made the status of the system appear a little ambiguous. (See the January 27 story on the 2008 FRP).

“Further details of the termination plan will be available upon the submission of the President’s full budget,” Crea said in his e-mail to Coast Guard members.

“The Commandant and I understand the uncertainty this planned termination creates among the highly dedicated men and women who operate and support our LORAN-C Stations, often under very challenging conditions,” Crea concluded. “We will ensure all Loran Station and program personnel are kept fully informed throughout this dynamic period.”

Despite its routine absence from administration budget proposals since 1994, Loran has been rescued by congressional advocates who have provided $160 million since 1997 to enhance the Loran system and conduct research to make eLoran a viable backup to GPS.

Those funds have helped modernize and add to the network of Loran transmitters that cover the United States, equipping every station with three cesium clocks, while encouraging miniaturization of Loran receiver technology able to use new all-in-view techniques that provide positioning and timing accuracy approaching that of GPS.

In a paper presented at the 2006 International Loran Association Convention and Technical Symposium, timing experts from the U.S. Naval Observatory, the National Institute of Standards and Technology, and a timing instrument manufacturer wrote, “[W]e have identified eLoran as potentially the best available backup provider to GPS as a reference source for precise time synchronization and frequency control.”

In August of that same year a white paper prepared for the Federal Aviation Administration, “GPS Backup For Position, Navigation and Timing,” endorsed eLoran as well.

The 11-member Loran IAT headed by Brad Parkinson, a Stanford University professor and founding program director for the GPS Joint Program Office, held a series of meetings with PNT equipment manufacturers and users to assess their ideas and sentiments about eLoran before unanimously endorsing the idea.