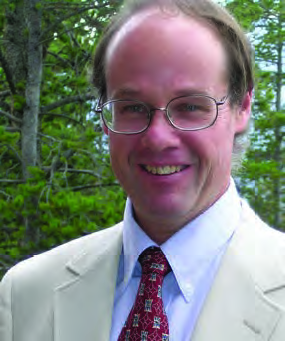 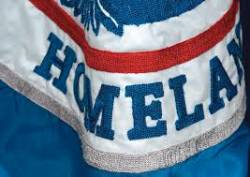 GPS receiver manufacturers have until March 3 to apply for a rare opportunity to test their equipment against realistic urban spoofing.

The Department of Homeland Security is offering live-sky testing focused on spoofed GPS signals. The testing, to take place in a simulated urban environment, is available to manufacturers of receivers used in critical infrastructure.

GPS receiver manufacturers have until March 3 to apply for a rare opportunity to test their equipment against realistic urban spoofing.

The Department of Homeland Security is offering live-sky testing focused on spoofed GPS signals. The testing, to take place in a simulated urban environment, is available to manufacturers of receivers used in critical infrastructure.

"We’ll introduce several scenarios to them so they can understand exactly how their receivers are going to react in a GPS-contested environment," said Jim Platt, director of the new PNT Office in the Department of Homeland Security (DHS). "One of the things that we’ve noticed (is) that it’s pretty much an unknown. There are a lot of people who do not understand how the receivers are going to react. How long is it going to take for them to come back online? We feel it’s important for everybody to understand this so they can develop mitigation strategies."

Platt said the DHS also is already planning a follow-on meeting with those who use the receivers. "Once we’ve worked with the GPS manufacturers we’ll invite in the critical infrastructure’s owners and operators who have GPS receivers and are integrating them into operations," he said.

The agency believes this approach could naturally energize receiver supply and demand, Platt told the National Space-Based Positioning, Navigation, and Timing (PNT) Advisory Board in December.

"The people who are using receivers want better receivers because they don’t want to have to develop mitigation strategies," explained Platt. "The receiver manufacturers can develop receivers that react in a predictable way so that the manufacturers now want those receivers. So we think this is a great opportunity where industry can help correct itself."

The testing will be held April 17-21 at the Muscatatuck Urban Training Center (MUTC) in Butlerville, Indiana. Because they are simulating an urban environment space is limited. Application information can be found at FedBizOps.com under Solicitation Number: 2017_GET_CIEVENT.

The Indiana tests are part of a multi-year series aimed at ramping up critical infrastructure security. The overall strategy, said Platt, is to first understand the problems and then find ways to correct or mitigate vulnerabilities. This may include specialized antennas and more robust receivers as well as alerts and monitoring.

The DHS held a round of exercises at White Sands Missile Range in New Mexico where they did live testing and demonstrations of first responder communications in an electronic jamming threat environment. The DHS assessed communication systems, including satellite communications, against commercial jamming. They also tested timing receivers and unmanned aircraft systems against “DoD (Department of Defense) complex GPS and commercial jamming.” Said Platt.

In addition to improving understanding of electronic threats to first responders’ ability to communicate and operate, the tests helped identify training gaps and mitigation strategies that could be shared with emergency personnel nationwide.

The tests are part of a broad DHS effort to better address position, navigation and timing issues. It recently launched the PNT Program Office, which Platt joined in the fall. In January, the agency released a set of resiliency-enhancing best practices entitled "Improving the Operation and Development of Global Positioning System (GPS) Equipment Used by Critical Infrastructure." In October, the DHS signed a charter for a DHS position navigation and timing executive steering committee.

"It’s going to be a charter bringing members across all of DHS so that there’s a unified position within DHS," Platt said. "And all the subcomponents in the DHS architecture can have a say in how we manage GPS related issues — PNT related issues."

The DHS is also in the process of developing requirements for a back-up system to GPS.

Under the current schedule the DHS plans to complete the critical infrastructure timing requirements by the end of September.

"If we truly understand what the requirements are," Platt told the board, "we can go back to Congress, and lobby for funding so that we can have an alternate or complementary PNT system."