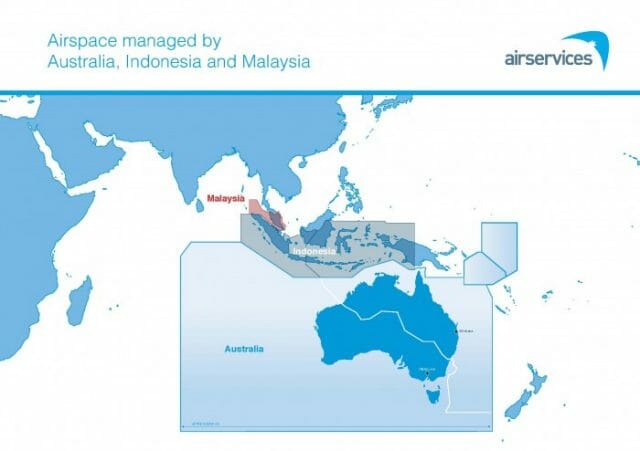 Airservices Australia and Inmarsat announced yesterday (March 1, 2015) that they would lead trials of a GNSS-aided aircraft tracking system to improve surveillance of aircraft over ocean regions.

Airservices Australia and Inmarsat announced yesterday (March 1, 2015) that they would lead trials of a GNSS-aided aircraft tracking system to improve surveillance of aircraft over ocean regions.

The formal announcement of the trial was made by Warren Truss, Australian deputy prime minister  for infrastructure and regional development, at Parliament House in Canberra. It follows a resolution approved in February by the International Civil Aviation Organization (ICAO) to adopt a new 15-minute tracking standard for commercial aircraft.

The ADS-C standard requires a peer-to-peer relationship with a ground facility to acknowledge receipt of ADS messages. Airservices Australia is the first ANSP to trial the ICAO standard, using Inmarsat’s global flight tracking ADS-C messaging service. According to Inmarsat, more than 11,000 commercial passenger aircraft are already equipped with an Inmarsat satellite connection, representing more than 90 percent of the world’s long-haul commercial fleet.

The announcement came almost exactly a year after the disappearance of Beijing-bound Malaysia Airlines flight MH370, involving a Boeing 777 that disappeared on March 8, 2014, while on a flight from Kuala Lumpur to Beijing. The ensuing search has covered vast regions of the Indian Ocean off the west coast of Australia at an estimated cost to Malaysia and Australia — the two nations involved in the search — of nearly $40.5 million.

Airservices CEO Margaret Staib said that “Airservices is committed to working with airlines and industry partners to enhance safety and public confidence in aviation.”

“Airservices also recognizes the work being done by ICAO . . . and other international bodies to improve aircraft tracking globally and this trial aligns with the recommendations arising from the ICAO High Level Safety Conference earlier this month,” Staib said.

Since January 30, Qantas and Virgin Australia flights in some oceanic airspace to the east of Australia have been tracked at regular intervals of 10 to 15 minutes as a proof of concept.

Executive General Manager of Air Traffic Control, Greg Hood said “This trial is an immediate step that we can take to improve aircraft tracking and I thank Inmarsat, Qantas and Virgin Australia for their early cooperation.

“We will now work with all our airlines customers and our Indonesian and Malaysian colleagues to trial a 15 minute ADS-C reporting rate for all aircraft that operate in oceanic airspace managed by our three nations and we look forward to sharing our experience with the global aviation community,” Hood said.

Today’s issue of the Wall Street Journal report that as “part of preparations for the flights — which are expected to also include government and airline participants from China, Singapore, Indonesia and Japan — the [ICAO] . . .  asked four global satellite operators and satellite-service providers for details about costs and capabilities of various tracking services. Industry officials said the requests were the first time the U.N. body, which has no direct enforcement role or requirement to perform cost-benefit analyses of its standards, has asked industry for such detailed operational data.”

Some U.S. congressional leaders are pushing for earlier action on improved aircraft tracking.