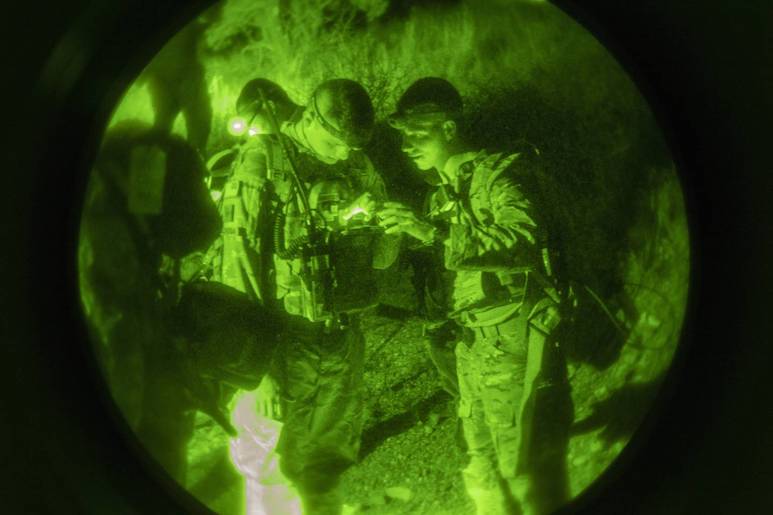 The U.S. Army has put its replacement for the handheld Defense Advanced GPS Receiver (DAGR) under field testing in reconnaissance and fire missions in a variety of threat scenarios, to understand its performance in a realistic operational environment. The Dismounted Assured Positioning, Navigation, and Timing System (DAPS) could enable warfighters to better shoot, move and communicate in a GPS degraded environment.

“In addition to highlighting system strengths and weaknesses,” Randazzo said, “the soldiers identified different techniques for better employment and suggestions for improvement.

While DAPS will provide Assured PNT, it will also alert the Dismounted Leader when the GPS solution may not meet mission and or situational needs. DAPS will leverage multiple sensors and timing sources in order to produce the best PNT solution possible within the operational environment.

Unlike vehicles, which have the real estate and vehicle power to accommodate robust sensor and antenna suites, DAPS has significant size, weight, and power (SWaP) constraints. Dismounted Leaders, already physically burdened with heavy equipment loads, cannot accept additional power and weight burdens. The DAPS size and weight objective is to be less than that of DAGR.

Each generation is designed to inform the next as to what is technically feasible, what is or can be compliant with security, cyber standards of implementation, effective, operationally viable, and finally what keeps pace with the evolving threats. The goal is to achieve an open and modular Dismounted Assured PNT solution in a SWaP constrained environment.