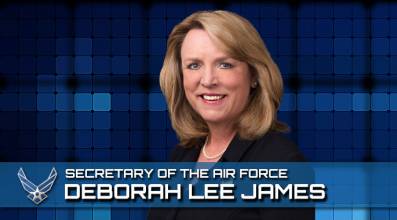 After a December 2015 Program “Deep Dive,” Undersecretary of Defense for Acquisition, Technology and Logistics Frank Kendall placed the OCX program under significant Department of Defense (DoD) oversight with quarterly reviews.

After a December 2015 Program “Deep Dive,” Undersecretary of Defense for Acquisition, Technology and Logistics Frank Kendall placed the OCX program under significant Department of Defense (DoD) oversight with quarterly reviews.

Since a March 8 deep dive, Raytheon’s progress on both the replan and development of Block 0 and 1 provided sufficient data to enable the Air Force to state with confidence that the cost for OCX will grow beyond the Nunn-McCurdy 25 percent critical breach threshold. The Senate passed a Defense Authorization bill earlier this month that "fenced off" GPS OCX funds until a Nunn-McCurdy certification was received from the Secretary of Defense.

The quarterly reviews also considered off-ramp mitigations in the event OCX does not stay on track. GPS III Contingency Operations (COps) is already being implemented as a bridge to cover the OCX Block 1 delays. Additional mitigation options are being prepared as a bridge for the Block 0 and Block 1 capabilities.

An Air Force headquarters press announcement said that factors that led to the critical Nunn-McCurdy breach include inadequate systems engineering at program inception, Block 0 software with high defect rates, and Block 1 designs requiring significant rework. Additionally, the complexity of cybersecurity requirements on OCX and effect of those requirements on development caused multiple delays. Corrective actions to resolve these problems took much longer than anticipated to implement.

Raytheon has not received any fee on the OCX contract since August 2013. They received a total of $43.9 million in award and incentive fee payments up to that point. The total amount of fee lost since contract inception is $48.3 million. About $64.8 million in fee remains available on the contract. All remaining fee opportunity is being restructured to be earned only upon delivery of Block 0 and Block 1.

The process for a critical Nunn-McCurdy breach requires the service secretary to notify Congress, followed by the submission of the Selected Acquisition Report (SAR) by the Office of Secretary of Defense, and then an Undersecretary of Defense for Acquisition, Technology and Logistics (USD (AT&L)) led assessment of the program. Re-certification or termination of the program will depend on the findings of this assessment. The Nunn-McCurdy process is expected to conclude October of this year. The Air Force will support the Defense Department’s review, as required.

Raytheon, the prime contractor for OCX, referred a request for comment to the Air Force, Friday night

The announcement came just three days after Raytheon announced it had achieved another OCX test milestone.

The company said it had completed its "Run For Record" test of the OCX
Black Wide Area Network, or B-WAN, which provides network connectivity
to unclassified external interfaces for GPS OCX. It finished the
component-level testing, including mission capability and cyber
controls, with a 100 percent requirements pass rate. The B-WAN will be
deployed as part of OCX Block 1 and Block 0, with the first use of B-WAN
in 2017, with the delivery of the Block 0 Launch and Checkout System.

"This latest milestone shows that OCX will function securely with external
interfaces to GPS, demonstrating the maturity of this critical
development program," said Bill Sullivan, GPS OCX vice-president and
program manager for Raytheon.