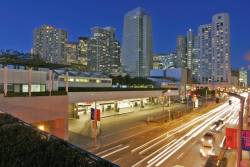 Registration information can be found here.

Registration information can be found here.

The AGU Fall Meeting is the largest Earth and space science meeting, with sections on geodesy, atmospheric sciences and seismology and many GNSS-related lectures, videos and presentations, formal and informal networking, science communication workshops, and an exhibit hall with approximately 250 exhibitors.

The more than 1700 sessions include: