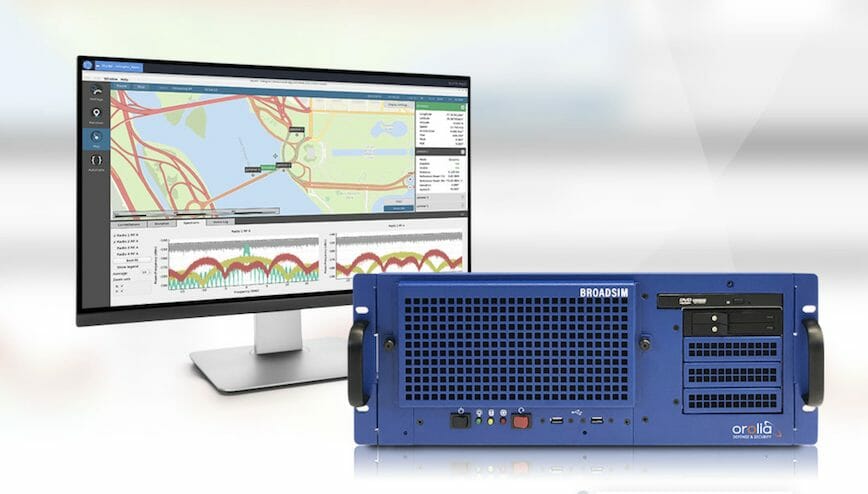 MNSA M-Code is being rolled out as a required standard across many defense platforms. Engineers and system integrators must consider this in their testing cycles. Orolia has streamlined previous processes and has expert support available to guide customers.

BroadSim is a fielded solution among government, DoD and military customers with over 100 systems in use. It was recently selected by the US military to support diverse testing of military GPS receivers. In June, the company announced that the U.S. military had selected Orolia Defense and Security to supply multiple BroadSim advanced GPS simulator systems, a contract valued at $1.7 million. The new simulator systems will enable testing of widely deployed military GPS receivers integrated into air and ground-based PNT)systems. Orolia’s PANACEA test suite was already in use by the U.S. military to conduct automated testing and analysis for PNT system performance, vulnerabilities, and more.

BroadSim is powered by the advanced Skydel Simulation Engine. Software-defined solutions are inherently more flexible, scalable and cost-effective, according to the company. BroadSim MNSA users receive a step-by-step guide allowing them to set up and generate MNSA in minutes and quickly downgrade the system on a moment’s notice.

The MNSA capability is available as a software upgrade to current BroadSim users or as a purchase alongside Orolia’s BroadSim hardware platform.