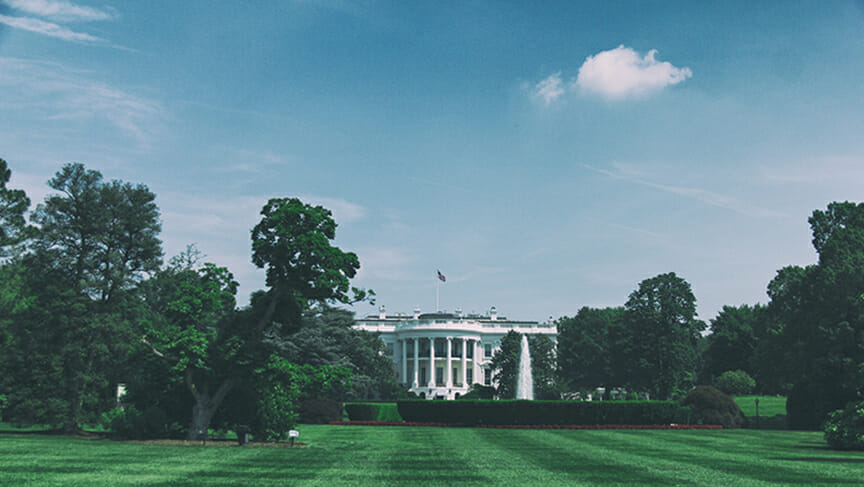 A new White House executive order gives the federal government a year to develop and test profiles for the responsible use of space-based positioning, navigation and timing (PNT) — better practices that it must then incorporate into federal contracting requirements forcritical infrastructure suppliers.

“The national and economic security of the United States depends on the reliable and efficient functioning of critical infrastructure,” said the executive order, which was signed by President Donald Trump on February 12. “Since the United States made the Global Positioning System available worldwide, positioning, navigation, and timing (PNT) services provided by space-based systems have become a largely invisible utility for technology and infrastructure, including the electrical power grid, communications infrastructure and mobile devices, all modes of transportation, precision agriculture, weather forecasting, and emergency response. Because of the widespread adoption of PNT services, the disruption or manipulation of these services has the potential to adversely affect the national and economic security of the United States. To strengthen national resilience, the federal government must foster the responsible use of PNT services by critical infrastructure owners and operators.“

The tests will be used to regularly update the Federal Radionavigation Plan, the key policy document governing ground- and space-based radionavigation systems. That includes GPS and GPS augmentations like those supporting the air traffic control system.

“Resiliency is among the core attributes that have made GPS the gold standard for delivering positioning, navigation, and timing (PNT) functions to our military as well as a wide range of other sectors, including transportation, agriculture, electricity, and finance,“ said J. David Grossman, the executive director of the GPS Innovation Alliance in a statement. “Today’s executive order represents a crucial next step in ongoing efforts to maintain the security, robustness, and redundancy of PNT capabilities, including GPS, that millions of Americans rely on every day.”

In addition to the profiles and testing the Departments of Transportation, Energy, and Security have six months to develop plans “to engage with critical infrastructure owners or operators to evaluate the responsible use of PNT services.” By the end of a year they are to verify thoseplans by completing pilot projects.

“Responsible” in this case means “the deliberate, risk-informed use of PNT services.” The goal is to insure that any disruption will only minimally affect America’s security, economy, health and operations.

Originally a secret military program, the GPS system was not created to provide timing and location services for the private sector. But President Ronald Reagan decided to reveal the constellation and its capabilities in 1983 after theSoviet Union shot down Korean Air Lines Flight 007, a passenger aircraft that flew off course into Soviet territorydue to navigation errors. Once GPS’s superb and freely available PNT capabilities became known — especially its highly accurate timing data — they were gradually adopted by the private sector for a variety of applications including the synchronization of cell phone services, computer networks and financial systems.

Federal officials didn’t fully appreciate the risks created by dependence on GPS until a firm called LightSquared proposed in 2010 to build a broadband system that tests showed could interfere with GPS signals. Ever since then the federal government has been working on how to address the vulnerabilities, with increasing urgency as near-peer spacefaring nations have built their own PNT systems and, military officials say, identified GPS as a potential target should hostilities erupt.

The real teeth in the executive order come from a mandate to incorporate profile-based resiliency requirements into federal acquisition rules for products, systems, and servicesthat utilize PNT. The goal is to encourage the private sector to use additional PNT services and develop new more robust and secure PNT technology.

However, Dana Goward, the president of the Resilient Navigation & Timing Foundation, is worried the approach will lead to more delays.

“While the executive order helps to raise awareness of the importance of PNT,” Goward said in a statement, “it does little that we can see to address today’s problems and the nation’s needs in the near term. Much of the potential action items must wait up to a year for information to be gathered. Then many of the hoped-for accomplishments will rely on agencies convincing industry to spend money without any legal or regulatory requirement to do so.”

The order does direct the government to use its buying power to push for more resilient PNT practices, he said, but that would be after the year of study. Moreover the overall approach depends on agencies to develop “fairly complex purchasing criteria and contracting standard that may or may not be practical.“

“I am concerned,” Goward said, “that the executive order is just admiring the problem and directing studies that will allow it to be pushed off into the next administration.”