The National Aeronautics and Space Administration in partnership with the Italian Space Agency will position the moon starting in 2023. The two agencies plan to land the Lunar GNSS Receiver Experiment (LuGRE) on the Moon’s Mare Crisium basin. There, LuGRE is expected to obtain the first GNSS fix on the lunar surface.

NASA awarded a contract to Firefly Aerospace to deliver a suite of 10 science investigations and technology demonstrations aboard a Blue Ghost lander to the Moon in 2023. The mission, destined for Mare Crisium, a low-lying basin on the Moon’s near side, will investigate a variety of lunar surface conditions and resources. LuGRE will receive signals from both GPS and Galileo. The data gathered will be used to develop operational lunar GNSS systems for future missions to the Moon. in preparation for human missions to the lunar surface.

LuGRE will fly on one of NASA’s Commercial Lunar Payload Services (CLPS) missions. 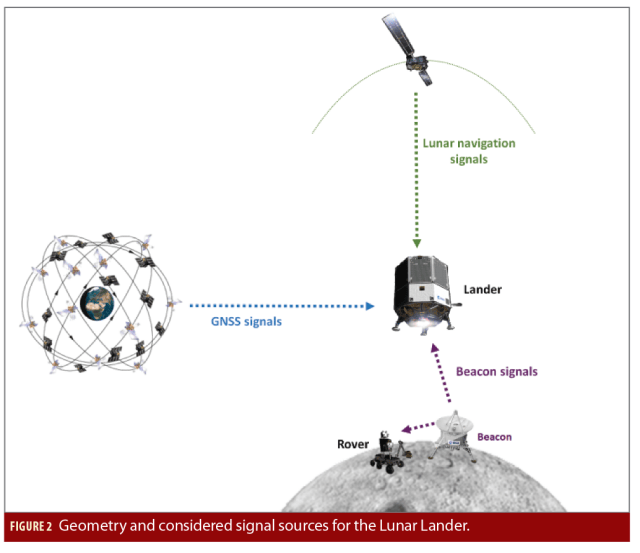 The Firefly Aerospace payloads, collectively expected to total 207 pounds (94 kg) in mass, include the Lunar GNSS Receiver Experiment (LuGRE), which is based on GPS. LuGRE will continue to extend the reach of GPS signals and, if successful, be the first to discern GPS signals at lunar distances. Other sensors:

The CLPS initiative is a key part of NASA’s Artemis lunar exploration efforts. The Artemis generation of lunar explorers will establish a sustained human presence on the Moon, prospecting for resources, making revolutionary discoveries, and proving technologies key to future deep space exploration. To support these ambitions, NASA navigation engineers from the Space Communications and Navigation (SCaN) program are developing a navigation architecture that will provide accurate and robust Position, Navigation, and Timing (PNT) services for the Artemis missions. GNSS signals will be one component of that architecture. GNSS use in high-Earth orbit and in lunar space will improve timing, enable precise and responsive maneuvers, reduce costs, and even allow for autonomous, onboard orbit and trajectory determination.