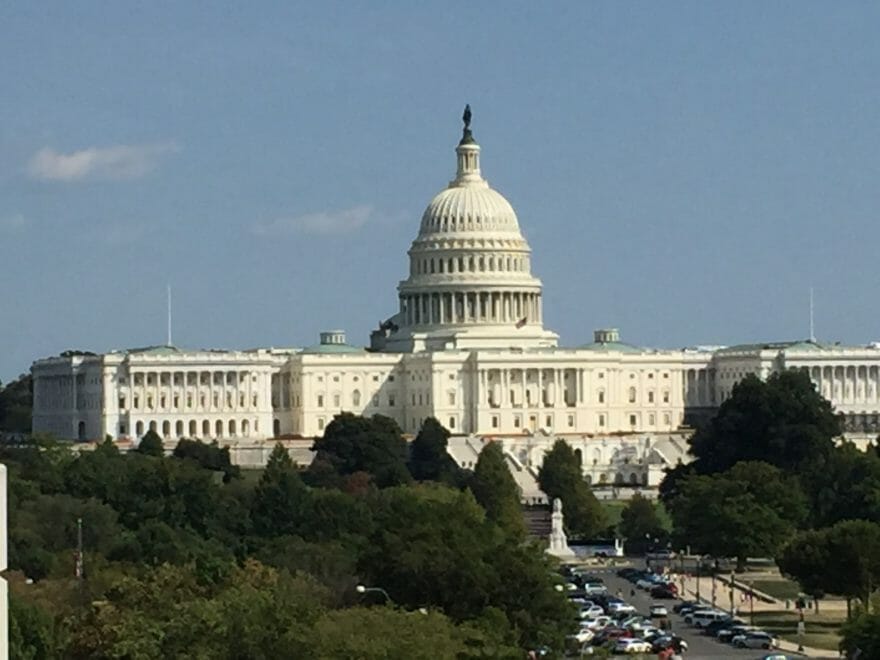 Hours before an impending government shutdown, the President signed both the defense appropriations and authorization bills on Friday, December 20. The bills funded nearly all of the Air Force’s GPS program but made substantial cuts in Army GPS receiver development.

Overall lawmakers shaved 5 percent off the monies requested for GPS, according to budget documents and an analysis by Velos, a defense, space/intelligence and homeland security consulting firm.

As it did last year and the year before, Congress agreed to fully fund work on the new GPS ground system, the Next Generation Operational Control System (OCX) and the GPS Enterprise Integrator. The $445.3 million request for fiscal year 2020, however, was significantly smaller than the $513.2 approved in FY19 and the $510.9 million OK’d for FY18.

Congress also agreed on full funding for the GPS III satellite program, allocating $31.5 million for procurement and $42.4 million for research, testing, development and evaluation (RTD&E). This a sharp drop from FY18 and FY19, but that is to be expected. The program is winding down as the Air Force shifts to launching its next generation of satellites, the GPS III Follow On spacecraft or GPS IIIFs.

Lawmakers, however, made cuts to the still-new GPS IIIF program. They sliced $20 million from the $414.9 million procurement request, saying the request was more than what was needed. That left the program with $394.6 million; an 8 percent drop from the $426.9 million approved for FY19.

Congress also cut $15.0 million from RDT&E for GPS IIIF, saying the request was unjustified. That left it with a still substantial $447.9 million.

The budget for the Air Force’s Military GPS User Equipment (MGUE) was also cut. The initial request of $329.9 million was shaved by $9.4 million to $320.6 million.

Though some of the details on the National Defense Authorization Act have yet to emerge, the committees supported full funding for the GPS program with the exception of a $10 million cut to the $462.9 million requested for GPS IIIF development.

The Velos analysis said that lawmakers cut $53.5M from RTD&E for the Army’s assured positioning, navigation, and timing (A-PNT) effort. According to their analysis, $42.5 million of the reduction came from cancelation of work on pseudolites and the remaining $11 million was cut by lawmakers for being excess growth in the budget.

A-PNT is a high priority for the service, which has adopted a more classically entrepreneurial approach. AFC is using an iterative process where hardware is developed, tested, tweaked and then tested again. The previous approach was to put enormous effort into developing detailed requirements and building to those. Using the new iterative approach, the Army went from requirements to prototyping to fielding in about 18 months on its new Mounted Assured PNT System (MAPS) program

AFC is also having users test prototypes early in the development phase to see if they like a device enough to use it and to get their suggestions for improvements. The Army distributed 62 of its Gen 1 (first generation) MAPS units to the 2nd Cavalry Regiment in Germany in September to test them with users. The units were installed on the regiment’s Stryker armored fighting vehicles for evaluation.