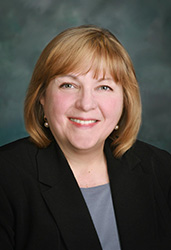 Dee Ann Divis is the Washington correspondent for Inside GNSS magazine and the author of its Washington View column.

In 2013, she was recognized for her work on the GPS-Galileo signal patent dispute with the Dateline Award for Washington correspondent given by the Society for Professional Journalists, DC chapter.

In 2012, she received their highest award for her work on the magazine, particularly her coverage of the LightSquared/GPS interference controversy.

She was the science and technology editor at United Press International for five years, leaving for a year to attend the Massachusetts Institute of Technology as a Knight Science Journalism Fellow.

Upon returning to D.C. she joined the staff of the Washington Examiner, a start-up newspaper that is now the second largest daily paper in Washington. She was the paper’s assistant managing editor for news until 2013.